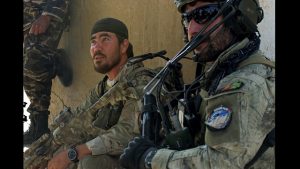 Afghan security forces and Taliban clashed in the poppy-growing western city of Farah on Tuesday after terrorists launched an overnight attack with gunfire and explosions, like reported by wionews.com.

At least 100 government commandos launched an attack on the Taliban on Tuesday morning. “Heavy fighting continues inside the city and aircraft have just started bombarding Taliban positions,”  local provincial council member Jamila Amini told AFP Tuesday from inside the city.

At least 1 convoy was hit by suicide bombers, reports said.

Earlier in the week, at least 10 people were killed and over 40 injured after terrorists stormed a government building in Jalalabad.

The attack began after terrorists noted a car bomb outside the finance department. The Islamic State group claimed it carried out the attack.