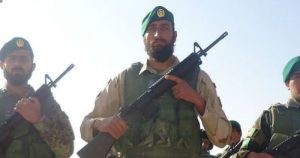 The Afghan army will deploy around 600 soldiers to southern Helmand province of Afghanistan in an apparent move to suppress the growing insurgency by the militants in this province, according to khaama.com.

The soldiers are from the 215th Corps, 2/3 Kandak, fresh graduates from an Afghan Army Regional Military Training Center with specialized combat training, the NATO-led Resolute Support Mission said in a statement.

Under the leadership of Brig. Gen. Ahmad Zae and Col. Shawali, the newly-trained soldiers will cover Lashkar Gah and other strategic areas throughout Helmand.

“When the Kandak arrives in Lashkar Gah, they will not only more than double the ANA’s combat capacity there, but the combined units will represent their nation’s best trained, led, and equipped combat-ready fighting force,” said U.S. Army Brig. Gen. Sims, commander of Task Force Forge, the unit advising the Afghan soldiers.

According to advisors from Task Force Forge, the Afghan soldiers graduated the training as a formidable force. They built up from individual readiness to squad and then platoon events, demonstrating and proving their battlefield capabilities.

“We swear on the Koran that we will protect civilians and land from the enemy, and be a force for good. We would like to thank the corps commander, instructors, and RMTC advisors for the training,” said Lt. Col. Sabaudin, 2/3 Kandak commander.