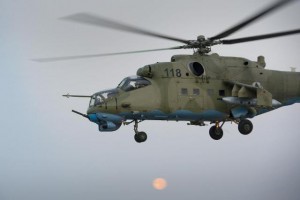 Afghan Air Force has bombed positions of the loyalists of the (ISIS) group in Nangarhar province of Afghanistan.

According to reports, two airstrikes were carried out in parts of the district dominated by the group in eastern Nangarhar province.

The governor of Achin District Haji Ghalib Mujahid confirmed the airstrike but said that there is no information about casualties, according to the Afghan (Khaama Press).

Achin District is stronghold of the fanatics of ISIS in eastern part of the country.

The group has been engaged in heavy clashes with security forces and pro-government militia formed by a powerful lawmaker Haji Zahir Qadir.