You are here: Home / West Asia / Act on terror safe havens: US to Pakistan 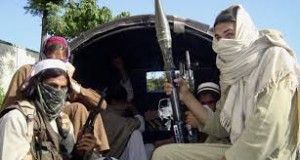 In a blunt message, the US has asked Pakistan to intensify efforts to counter terrorist sanctuaries inside its borders and take concrete steps against the dreaded Haqqani network responsible for major attacks on American installations in Afghanistan.

The tough message was conveyed by US National Security Advisor Susan Rice to the top Pakistani leadership including Prime Minister Nawaz Sharif and army chief Gen Raheel Sharif during her day-long visit to the country yesterday.

Rice during her meetings, “urged Pakistan to intensify its efforts to counter terrorist sanctuaries inside its borders in order to promote regional peace and stability,” said Ned Price, Spokesman of the National Security Council of the White House.

Rice also urged Pakistan to take concrete steps against the Haqqani network after the recent spate of attacks in Afghanistan, Pakistani officials said.

According to Pakistani diplomatic sources, Rice appreciated Pakistan’s operation in North Waziristan but urged the country to take more concrete steps against the Haqqani network.

The group was based in North Waziristan but Pakistani officials say the militants have fled to Afghanistan after military operations.

The US’ top security official also urged Pakistan to improve ties with Kabul.

Rice told top civilian and military leaders in Islamabad that attacks in neighbouring Afghanistan by Pakistan-based militants were “absolutely unacceptable”, a senior American official was quoted as saying by the Wall Street Journal.

According to daily, Rice’s remarks were in reference to the recent allegations by Afghan president Ashraf Ghani that the series of terror attacks in Kabul were from terrorists based in Pakistan.

“We share the concerns of the Afghan Government,” the unnamed official was quoted as saying.

Rice told Pakistani leaders that “terrorist and militant attacks have developed into a key point of regional friction.”

“Addressing this challenge will be imperative for Pakistan’s relations with its neighbours and with Washington,” a US official was quoted as saying by New York Times, “especially given the recent upsurge in violence in Kabul and the Taliban’s bloody campaign this fighting season in Afghanistan.”

The US official, however, made no reference to India’s assertions that the recent terror attacks in its territory were carried out by militants from across the border.

According to the daily, Rice’s visit to Islamabad was unrelated to the growing tensions between India and Pakistan. It had been scheduled weeks ago, the official said.