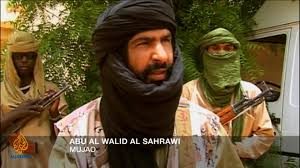 An affiliate of the Islamic State (IS) armed group has claimed responsibility for attacks in the Sahel region, including one that injured three French soldiers in Mali on Thursday and an attack in October that killed four US soldiers and three from Niger, like reported by rfi.fr.

One of the three French soldiers was seriously injured and flown to France for treatment after a suicide bomb attack on a convoy travelling between Menaka and Indelamine regions.

The attack took place on Thursday, the fifth anniversary of the start of France’s military intervention against armed Islamists and Tuareg separatists in Mali.

IS affiliate also claims attack that killed US soldiers

On Friday a group led by Adnan Abu Walid Sahraoui claimed responsibility for the attack that killed the French troops, as well as a number of others in Mali, Burkina Faso and Niger.

In a statement published by the private Mauritanian news agency ANI, it said it had launched the October ambush, which shocked Americans, many of who were unaware their troops were present in the region.

Sahraoui declared allegiance to IS in May 2015 but the organisation did not officially acknowledge the move until October 2016.