You are here: Home / West Asia / About 8,000 militants, including Islamic State, present near Tajik-Afghan border 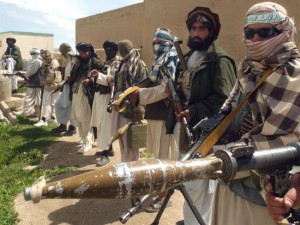 Tajikistan is preparing to rebuff the extremist groups that are intent to cross the state border, said Chairman of the Center of Strategic Studies of Tajikistan Kholiknazar Khudoberdy at the press conference in Dushanbe on Monday.

“Currently, the reservists are getting ready in the south of Tajikistan. We should be ready for any events, everything can be expected from Taliban,” he said. “The situation in the north of Afghanistan is getting worth each day.”

“We have already warned in 2014 that those forces gathered on the Tajik-Afghan border may significantly impact on the security and the entire situation in Central Asia. Now our predictions are getting confirmed. If they were about 800 people in the early 2014, now their number has grown to 8,000. In two years, their number has increased 10-fold,” he said.

Khudoberdy noted that except for Taliban, there are also the militants of the Islamic State. “In early 2015, about $700 million were sent from the IS in Iraq for the creation of the units all over Afghanistan. It is a luck that Taliban does not recognize them. Conflicts between IS and Taliban are seen in all provinces of Afghanistan. Let them crash each other, both of them are hostile for us,” he added.