You are here: Home / West Asia / About 500-600 people originating from Kazakhstan fighting alongside ISIS 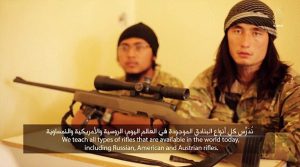 Kazakhstanis who leave the country abroad to fight for “Islamic State” will automatically lose their citizenship, President Nursultan Nazarbayev told in an interview with MIR TV channel, like reported by akipress.com.

“According to Kazakh law, if a citizen of our country leaves the country to fight for any extremist organization and then decides to come back – it will no longer be possible: they’ll automatically lose their citizenship. It is the last choice,” said Nazarbayev.

Some 500-600 persons originating from Kazakhstan are fighting alongside ISIS, up to 5,000 – from the former Soviet states, Nazarbayev said.

“Measures to prevent recruiting of people into ISIS must be taken in the first place. We tried to carry out preventive works among those who returned from IS, but it did not give results. Therefore, the decision to block way back home for them was made,” he said.