You are here: Home / West Asia / About 200 militants concentrated in Afghanistan bordering Tajikistan 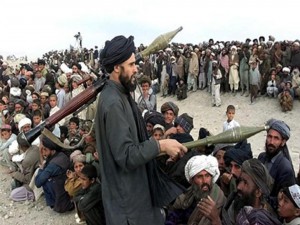 Authorities of Imam Sahib district of Kunduz province said that 200 foreign militants, including 40 Tajik militants, are concentrated in the territory of the district posing threat not only to Afghanistan, but also to all Central Asian countries, reports the Afghan language service of the Radio Free Europe/Radio Liberty.

The natives of Tajikistan in the Taliban movement are reportedly involved mainly in mining the sites and this group of militants are headed by certain man named Mustafa, said the head of the local administration referring to the Afghan secretive agencies.

Those, who attack with mines and explosive devices are foreigners. The Tajik engineers prepare mines for the Taliban, says the report.

The foreign militants managed to create their bases on the Tajik side of the river Panj waiting out active operations that are carried out against them on the Afghan side.

Imam Sahib district directly borders with Tajikistan. The total length of this section of the common border is about 70 km.