You are here: Home / West Asia / About 1,500 militants mass in Afghan areas near the border with Tajikistan 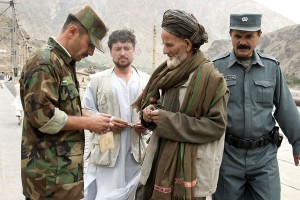 Commander of Tajik Border Troops Rajabali Rahmonali has warned of about 1,500 militants, including members of the Islamic State (IS) group, concentrating in the Dahsti Archi and Imam Sahib districts of Afghan Kunduz province along the Tajik border.

In a statement released at the 73rd meeting of the Council of Border Troops Commanders of the CIS member nations in Dushanbe, Rahmonali noted on June 18 that that there members of the Taliban, Al-Qaeda, Islamic State, Islamic Movement of Uzbekistan and Ansarullah among the militants concentrating along the Tajik border in northern Afghanistan.  “They are fighting against the Afghan government forces in the immediate vicinity of the border with Tajikistan,” Rahmonali noted.

He expressed concern about a tense situation in the Afghan provinces of Takhar, Kunduz and Badakhshan, which directly border Tajikistan.

“One of our main tasks is to prevent the region from becoming the center of a geopolitical confrontation between the world powers,” Khairulloyev said.

He stressed that redivision of spheres of influence in the hydrocarbon market was continuing, drug trafficking was extending and inter-ethnic and inter-religious conflicts were gaining ground.

He also noted that a decision of the CIS heads of state on helping Tajikistan strengthen its defense along the Afghan border has not been implemented.  Khairulloyev appreciates Armenia and Belarus’s support for development of Tajik border troops.