You are here: Home / Senza categoria / A US dilemma: Kurds or Turks? 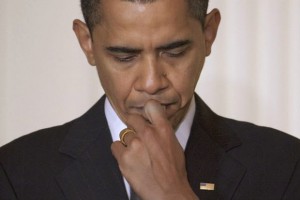 As the United States and Turkey prepare to launch airstrikes to oust the Islamic State from a stretch of northern Syria, they appear at odds over the role of a critical fighting force on the ground: the Syrian Kurds.

Turkey insists that the main Syrian Kurdish militia have no role in the upcoming operation, a reflection of its worries about the separatist leanings of Kurds in the region. But U.S. officials aren’t willing — at least not publicly — to freeze out the Syrian Kurds, whose fighters already have driven the Islamic State, also known as ISIS or ISIL, out of much of northern Syria.

“Our airstrikes are to support the anti-ISIL efforts of anti-ISIL forces in that area, which include Syrian Kurds, Arabs and Turkmen,” a State Department official said, sidestepping questions about whether the U.S. has privately told the Syrian Kurds to stay out of the operation.

The Obama administration’s careful messaging comes amid a growing sense in U.S. foreign policy circles that America needs to re-calibrate its approach to the Kurds, an ethnic group without a homeland that has become a pivotal player in the Middle East. It also comes as Turkey clashes with separatist Kurds on its own soil — an escalating battle some fear could undermine U.S.-Kurdish ties and, by extension, the fight against ISIL.

“The U.S. needs some sort of better system for addressing the Kurds and seeing the Kurds as a separate group with interests that don’t always align with the states in which they live,” said Aliza Marcus, author of “Blood and Belief: The PKK and the Kurdish Fight for Independence.”

Observers describe Turkey as being reluctant to take on the Islamic State, only recently permitting the U.S. to use its soil to launch airstrikes against the Sunni extremists. (The two countries are still publicly differing over whether the upcoming operation will create a “safe zone” as Turkey wants or something less defined as the U.S. prefers). The Kurds, on the other hand, have been the “boots on the ground” vital to defeating the jihadists, who have grabbed territory in both Iraq and Syria.

“The issue with Turkey, I think, is going to force the U.S. to come to clarity on how much it values the Kurds and whether it’s going to have a separate Kurdish policy,” said Blaise Misztal, director of the national security program at the Bipartisan Policy Center.

The U.S.-Kurdish relationship is complicated in part because the Kurds are not monolithic. Their 30 million-strong community is spread over the territories of Iran, Iraq, Syria and Turkey, and it has its own factions and internal rivalries. Over the decades, Kurdish aspirations for a state have been brushed aside by world powers, including the United States.

U.S. diplomacy has traditionally focused on managing relationships between central governments, which has hampered the ability — or even willingness — to look at the Kurdish issue beyond the lens of national capitals.

There’s no single person in charge of Kurdish policy at the State Department, for example, or even a working group. Also adding to the bureaucratic tangle is that Turkey, a NATO member that has had aspirations to join the European Union, is handled by the State Department’s Europe bureau, while most of the big issues related to the Kurds are dealt with by the Middle East division.

One reason for the fractured approach to the Kurds is to avoid angering the Turkey and Iraq, which could read changes to the U.S. government infrastructure as signaling support for a Kurdish state.

Henri Barkey, a former State Department official now with the Woodrow Wilson International Center for Scholars, said establishing an office to deal with the Kurds is less important than training America’s foreign policy bureaucracy to remember them in the first place.

“We do need to think about them seriously and not be surprised and understand what impact they have in all the countries in the region,” Barkey said. “Instinctively we know this. But the way we look at them is they’re a factor from the perspective of Turkey, Iraq. We don’t understand what it is that drives the Kurds.”

The battle against the Islamic State has certainly raised the importance of the Kurds to U.S. national security. While U.S. presidential candidates have all discussed the need to defeat the Islamic State, few have focused extensively on the Kurds, though some have backed legislation to directly arm Kurdish fighters in Iraq, as opposed to routing weapons through Baghdad. Kentucky GOP Sen. Rand Paul has gone further than most in arguing the Kurds deserve their own country.

Iraqi Kurds are the most well-established of the various Kurdish factions: they have a regional government and significant autonomy, an outgrowth of the 2003 U.S. invasion of Iraq. Their armed forces, known as thepeshmerga, have fought well against the Islamic State, aided by U.S. air power.

Syrian Kurds have managed to carve out their own space amid the Syrian civil war while also proving adept against the Islamic State. The main armed group defending the Syrian Kurds is known as the YPG, while its political affiliate is the PYD. Those ground forces, too, have been aided by U.S. airstrikes.