You are here: Home / Senza categoria / A thousand Fatwas translated into global languages to fight terrorism 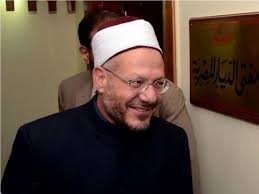 Egypt’s DarAlIfta (official institute responsible for issuing -fatwa- religious law in Islam) translated over a thousand fatwas to English, French and German languages. Most of the translated scripts are against allegations extremists endorse, their promotion for radicalization and misguided fatwas.

Dr. Shawki Ibrahim, current Grand Mufti of Egypt, said that “DarAlIfta has sensed the danger of terrorism-inspired issued fatwas, and has taken several measures to fight campaigned tools by terrorist organizations, atop being the terrorist group ISIS,”

Yesterday, after meeting 25 Arab and Muslim ambassadors at the Egyptian embassy in New Delhi, Dr. Ibrahim said “the true danger is in the upcoming period, in which organizations perverted from the teachings of Islam are spreading their ideology amid the Muslim Youth.”

In the meantime, Egypt’s DarAlIfta continues distributing a digital multilingual encyclopedia of fatwas to over 12 thousand universities and central libraries, world-wide.