You are here: Home / Europe / A terrorist group’s plot to create a radioactive ‘dirty bomb’

ISIS was looking for nuclear materials, and Belgium was a smart place to hunt 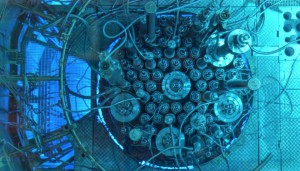 A small video camera stashed in a row of bushes silently recorded the comings and goings of the family of a Brussels-area man with an important scientific pedigree last year, producing a detailed chronology of the family’s movements. At one point, two men came under cover of darkness to retrieve the camera, before driving away with their headlamps off, a separate surveillance camera in the area revealed later.

The Belgian police discovered the secret film on Nov. 30 while searching the Auvelais home of a man with ties to the Islamic State terror group. But they became far more alarmed when they figured out that its star was a senior researcher at a Belgian nuclear center that produces a significant portion of the world’s supply of radioisotopes.

That realization quickly got the attention of the world’s counterterrorism experts.

A diagnostic tool used by hospitals and factories around the globe, radioisotopes are also capable of causing radiation poisoning and sickness, making them a potential target for terrorists seeking to build a so-called “dirty” bomb that could contaminate the downtown area of a major city, sowing panic and causing billions of dollars in financial losses.

Belgian authorities have since speculated that the group was trying to figure out a way to collect such materials from the nuclear center, perhaps by kidnapping the man or one of his family members as the first step in building a bomb.

Many U.S. experts — including Laura Holgate, the National Security Council’s senior director for weapons of mass destruction terrorism — consider the eventual detonation by terrorists of a dirty bomb containing radiological materials to be inevitable. “I’m surprised it has not happened yet,” Holgate told a Washington symposium three years ago, because the mechanics of such a device are simple and widely-known.

“We know that it would not require a team of nuclear physicists or even a particularly sophisticated criminal network to turn raw material into a deadly weapon,” an internal Energy Department report on the threat, designated “Official Use Only,” declared in May 2013. “In many cases, a determined lone wolf or a disgruntled insider is all it might take.”

But until now, there has been no public, concrete evidence that a particular terrorist organization is aggressively pursuing the radioactive building blocks of a dirty bomb. Experts have noted that such materials are too plentiful to count precisely, but roughly estimate they are contained in more than 70,000 devices, located in at least 13,000 buildings all over the world – in many cases without special security safeguards.

“The potential for a bad outcome when you have ISIS looking at nuclear people is substantial,” said William H. Tobey, a former deputy administrator for defense nuclear nonproliferation at the National Nuclear Security Administration. Several other experts said they are particularly alarmed that the incident occurred in Belgium, which they say has a troubled record on nuclear safety issues and lacks armed guards at its nuclear facilities.

Mohamed Bakkali, who rented the home where the films were seized in a raid, was captured on Nov. 26 and has been charged with engaging in terrorist activity and murder stemming from his alleged involvement in the complex Nov. 13, 2015, siege in Paris that killed 130 people and wounded hundreds more.

Belgian regulators said they are still investigating exactly what Bakkali and his colleagues had in mind, but the options are unsettling. “We can imagine that the terrorists might want to kidnap someone or kidnap his family,” so they can force their target to turn over the radioactive innards of such a device after removing the materials surreptitiously, said Nele Scheerlinck, a spokeswoman for Belgium’s Federal Agency for Nuclear Control, the nation’s nuclear regulator.

The researcher in question, who has not been identified, was sufficiently senior to have had broad access to sensitive sites throughout the research center. Officials declined to say if he is now under police protection.

Scheerlinck added that in the view of her colleagues, whatever was being planned would have failed, because the nation’s radiological materials are under tight control. But other Western experts are not so sure, given their belief that Belgian nuclear authorities have historically been too casual about security risks.