You are here: Home / Senza categoria / A Syrian defected leading figure from ISIS, “I met Father Paolo in the Uzbek prison” 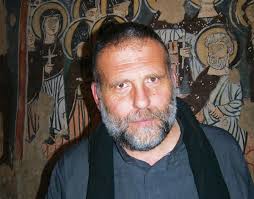 A Syrian leading figure defected from “Islamic State” informed SOHR that the Italian priest Paolo Dall’Oglio are still alive after he disappeared in July 29, 2013 when he was going to IS headquarter located in al- Raqqa governorate building in order to meet an Amir in IS.

The leading figure, who has recently defected form IS, confirmed that Father Paolo detained in a prison supervised by what so called “the Uzbek Battalion” existed in the west of al- Tabaqa city west of al- Raqqa. The leading figure, who is one of the second tier leaders in IS, also confirmed that he saw Father Paolo personally during his mission to the prison and he said to SOHR “I saw Father Paolo in the Uzbek Battaion prison in al- Tabaqqa before defecting from IS in early September for religious and ideological reasons.”

Meanwhile, he talked to SOHR about recruiting a British fighter of Somalia origin by “Islamic State” in order to assassinate the director of the Syrian Observatory for Human Rights Rami Abdurrahman for “apostasy, publishing lies and misleading Muslims”. The defected  leading figure confirmed that the fighter underwent professional courses in “close fighting and swift assassinations”, and that he left al- Raqqa to Britain, the residence place of the director of the Observatory,  in this July.

On the other hand, he said that IS carried out several executions against citizens and fighters of the rebel and Islamist factions, including a fighter from an Islamist faction from al- Hamidiyya area in Hama executed for “fighting IS and apostasy” and a person from Tadef area in the countryside of Aleppo executed for “being agent and spying again IS.”

It is noted that, SOHR published in the last July 8 that ,the official website of Syrian Observatory for Human Rights was subject to a systematic hacking operation and wiping out its data by a party calling itself the “Cyber Army of the Caliphate”, where they have made a photo montage for the director of the Syrian Observatory for Human Rights Mr. Rami Abdurrahman wearing “the orange jumpsuit” used by Islamic State when they want to execute its victims and next to him one of IS executioners who is known by “John”.

The hackers have written on SOHR website “In a spectacular and unique surprise attack, the Cyber Army of the Caliphate broke into the computer systems of SOHR, or what is known as “Syrian Observatory for Human Rights” organization, seized control of its websites, destroying it, and wiping out data. Due to the damage caused and great loss of data, the SOHR organization has decided to close its gates and instead advises its visitors to follow up on the latest news and events by following the Islamic State’s official media. The sentence of “Until further notice the SOHR organization will be known as “The Islamic Right to Hunt Kuffar,”had been added too. After the completion of hacking the official websites they paste links of what so called “Dabeq Magazine” issued by Islamic State.