You are here: Home / Mediterranean / A ‘safe zone’ on Lebanon border would benefit Hezbollah, Iran 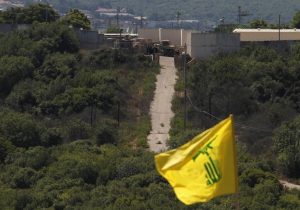 On February 3, Lebanese president Michel Aoun called onthe international community to establish a safe zone on the Syria-Lebanon border. A political ally of Hezbollah, Aoun said world powers must work with President Bashar al-Assad’s regime to set up the proposed zone and facilitate the return of more than 1 million Syrian refugees in Lebanon.

Just over a week later, Hezbollah leader Hassan Nasrallah urged the Lebanese government to coordinate refugee returns now that recent advances of pro-regime forces had made “large areas” in Syria “safe.” Like Aoun, Nasrallah is pressuring the government in Beirut, headed by rival prime minister Saad al-Hariri, to work with Damascus on this matter, like reported by newsdeeply.com.

Safe zones provide combat-free areas during an active conflict, where the ground and sometimes the airspace are off limits to armed forces, and act as safe havens for civilians. Talks of establishing safe zones on Syria’s multiple borders, to return refugees, are not new – Jordan and Turkey have proposed similar ideas – but the preliminary reports of Lebanon’s proposed zone suggest it is far different from the others.

Concurrently with Nasrallah’s statement, Arabic media – initially Al-Araby Al-Jadeed and Al Modon – cited Syrian and Lebanese sources as confirming that the Syrian government and Hezbollah were intent on securing the border region, with the Iran-funded Lebanese militia taking the lead. The sources added that purported discussions between the pro-regime alliance and opposition groups in the Qalamoun region, notably the Saraya Ahl al-Sham rebel coalition, had already begun. Negotiations for a deal include immunity for rebel fighters, rebel surrender of heavy weapons, a mutually agreed-upon civil governance body, the provision of services to the area and the return of refugees in Lebanon originally from the area.

The most telling aspect of the purported deal is the suggested area for the safe zone. Expected to be included are towns east of the Lebanese border and west of the north-south M5 highway, where Hezbollah now has a limited presence. The suggested terms specifically note that refugees from excluded towns, all near the strategically significant M5 highway, would not be able to return.

If established, this zone would not provide for the sustainable return of refugees. It is unlikely that many refugees would willingly return to a safe zone controlled by Assad or his allies, given that far more of the nearly 5 million outside the country and the 6.3 million internally displaced persons (IDPs) fled from the regime than from the armed opposition or extremists. However, it would benefit Hezbollah and its Iranian backers. Such a zone by the Lebanese border would shield Hezbollah’s arms supply line, cement the militia’s position in the contentious Lebanese political landscape and secure Iran’s geostrategic interests and foothold in the Qalamoun region – the territory that connects the Hezbollah-dominated Lebanese east with Syria’s core.

Hezbollah deviated from its historical focus, limited to fighting Israel and Lebanese politics, when it joined the war in Syria in 2012 in support of the Syrian regime. It has since evolved into a key military force for Assad and an influential regional player. By leading major operations across the Middle East at Iran’s behest, Hezbollah seems to have confidently navigated the region’s geostrategic struggle as Tehran seeks to reach not only Syria but also Iraq and Yemen.

As the armed opposition expanded in 2012, rebels began to use the western Qalamoun region as their base for operations around Damascus. Observers and experts have argued that Hezbollah’s initial impetus to join the war, aside from its sectarian-based support for the regime, was to push back the rebel forces surrounding the Damascus-Homs highway, which connects the capital with both the central and western governorates and east Lebanon. Over the past few years and with support from Syrian sectarian paramilitary forces, Hezbollah militants were able to drive rebels out of most of west Qalamoun, a move that coincided with large waves of Syrians fleeing the area to neighboring Lebanon.

Hezbollah also incurred high costs in both blood and cash in the years of fighting to capture the area, which makes the purported discussions for a safe zone that much more surprising. However, even though the deal would see Hezbollah cede control of certain areas, it would also allow the militia to prioritize several pressing issues and, ultimately, protect the mountainous Qalamoun.

Creating this safe zone would allow Hezbollah to maintain the security of, and supervision over, the north-south highway, a key supply line between northern Damascus and Lebanon’s Bekaa Valley, where Hezbollah’s weapons warehouses are reportedly located.

It would also better place Hezbollah to secure areas on both sides of the border, particularly in Lebanon, where border security has been troubling over the last two years. Extremists have carried out multiple attacks in the area, threatening Hezbollah’s Shiite and sometimes Christian support base in the border towns by amplifying rhetoric that the group cannot protect its own constituents while fighting in another country. In addition, it would eliminate the risk of having its military camps and weapons warehouses possibly exposed to extremists.

On the Syrian side, Hezbollah would effectively be able to divide the rebels in Qalamoun between the west and east. While it will likely continue to fight the rebels east of the highway – notably Jaish al-Islam in Al-Ruhaybah and the Ahmad Al-Abdo Forces in Jayroud – Hezbollah will have stabilized the strategic region of western Qalamoun via tactical “reconciliation.” Stabilizing the border area and potentially reducing its involvement in Syria could also reduce the high death toll of its fighters in Syria and allow Hezbollah to regain its luster among potential supporters in Lebanon.

The safe zone could also create a second opportunity for a P.R. win in Lebanon, where, despite its being an inherently polarized country with countless social and sectarian tensions, the refugee influx has become a point of contention for the Lebanese people regardless of political affiliation. Hezbollah could use the return of refugees – the number of which is equivalent to one-third of Lebanon’s already struggling population – to further foster popularity outside its support base, especially with Aoun in the presidency, dividing the public’s support for Hezbollah’s opponents.

It remains unclear how the deal might unfold, but stark geostrategic consequences could follow in the wake of the potential implementation. For instance, one of Israel’s main security concerns is the arms shipments Hezbollah receives from Tehran via Damascus. Israeli army activity in Syria has been primarily focusing on targeting such shipments and other weapons warehouses around Damascus. It is very unlikely that Israel would allow Hezbollah to establish a stable foothold in this particular part of Syria without taking action. In an interview with the Jerusalem Post, Russia’s deputy minister of foreign affairs asserted that Hezbollah and Iran’s Revolutionary Guards are expected to leave Syria once the conflict is over.

While cooperation between Russia and Iran – and its proxies – has not been very harmonious, both share the goal of pushing the U.S. out of the Middle East. This, however, may change with the new anti-Iran, Russia-friendly U.S. administration. President Donald Trump’s administration is strongly against any Iranian influence in the region and shares Israel’s concerns. At this point, it’s up to Trump to leverage Russian connections to escalate convergence with the Iranians. This could, to some extent, explain Hezbollah’s tactical compromise in the Qalamoun deal, with the group focusing on long-term priorities in Syria’s border region, while also being able to project Iranian influence into central and western Syria – the area considered “useful” by Iran.

The war in Syria has never been as complex as it is today, with so many microscopic geostrategic interests reflecting the multifaceted nature of this conflict. With the region’s actors anticipating Trump’s Middle East policy, the coming months will be vital for the myriad of factions in Syria. This accumulating regional and international competition, however, can only bring more suffering for the Syrian people in the process.