You are here: Home / Africa / A new perspective on Africa’s war on terrorism 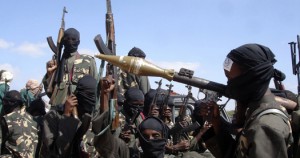 It is no longer news that terrorism is now an, if not the main, issue in African politics today. The terrorists did their very worst on 2 April, 2015, when the notorious Somali terrorist ground, al-Shabab invade the Garrissa University, Kenya and left in its wake the death of 148 innocent students.

This development should at least be enough to convince even the most ridiculous doubting Thomas of the reality of the threat pose by terrorism on our existence as a continent. The pertinent question to ask is how do we fight this new evil? There have been various suggestions on how to deal with this disturbing trend.

One central aspect in all the suggestions is the role of the military. Perhaps, the only point of disagreement is methods or mode of military involvement. Before we go on, we need to make some important clarifications. We have no issue against using the military to tackle terrorism. It could at best provide mixed results.

However, the point must be well made that the military operates on conventional principles in prosecuting conventional wars. National armies are expected to observe certain laws in war such as treaties governing “prisoners of war” and the likes. Professional armies are by law prevented from training under aged as soldiers.

Extraterritoriality often extends to friendly or allied militaries, particularly for the purposes of allowing that military to simply pass through some territories during war. All these do or may not apply to unconventional groups like guerrillas or terrorists. It is, therefore, illogical to fight unconventional elements using conventional means! It is time for a more pragmatic approach to tackling this issue.

The recent successes recorded by local hunters, in Nigerian towns of Mubi, Michika, and Madagali in the north east region of the country and the efforts of the local group called Civilian Joint Task Force (JTF) in rolling back the notorious Boko Haram in Nigeria provide a vital clue to kick start the process.

The success recorded by these efforts proves that the military may lack the thorough analyses as a result of poor institutional and systemic processes to really root out this menace. To curb the menace of terrorists, there is need for a trans-border approach. We say these because terrorists are groups without territories of their own.

This is where the African Union (AU) and other sub-regional blocs come in. Like I argued in an earlier article, the AU needs to do more than just depend on army recruits from member states. It must itself have its own standing military High Command for its own specific operations and enforcements of its sanctions.

The continent, which has a rich history of armed struggles against colonialism, and having through it powerful Liberation Committee, trained guerrilla groups against colonial and apartheid regimes, must rise up to this new challenge without much ado. The AU must ignite its historic spirit of struggle and frontally confront this monster of terrorism.

It is on this note that I recommend an Anti-Terror Department (ATD) or any other suitable name under the direct supervision of the African Union for the specific purpose of combating terrorism. The ATD must be well-funded by member states, voluntary donations from individuals and organizations, whose objectives are incidental with those of the African Union. It must have a secretariat of its own, and an effective means of propaganda. You heard us right; “propaganda” in the fight against terror. We are equally recommending the ATD be trained under the guidance of professional soldiers in the art of conventional warfare.

The ATD must be granted the full powers of extraterritoriality throughout the continent. This condition is not negotiable. In some cases some governments, for foreign policy reasons or any other politically- motivated reasons, sponsor or harbour terrorist groups. This is where the efficacy of the propaganda machinery of the ATD will be put to test. The AU must do all within its powers – political, economic, social or any other – to put pressure on such government by cutting of its arms supplies. Volunteers for operations for the ATD must be regularly paid from funds available at its disposal.

They must all be of African descent. Their camping base must be in strategic places in North, West, Central, East and Southern Africa for effective operations. The Garrissa University attacks and other nefarious activities of al-Shabab in East Africa and Boko Haram in West Africa should be seen as early warnings by the AU for further attacks, whose next port of call is highly unpredictable. We are aware some may take our recommendations as too simplistic.

We agree. But a quick reminder here is that the United States-led North Atlantic Treaty Organisation (NATO) has for more than a decade been in Afghanistan fighting al-Queada and the Talibans; the only mistake has been fighting terror using conventional methods!