You are here: Home / West Asia / A myriad of tactics used by Daesh recruits to go to Syria 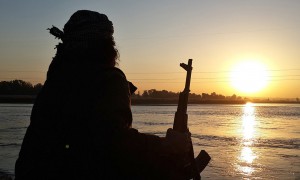 The Royal Malaysia Police (PDRM) have detected numerous tactics used by Malaysians to go to Syria to join the Daesh terrorist group.

He said the actions too were aimed at making it difficult for the authorities to detect their movements by shifting from one location to another.

“The online recruitment too is making it difficult to detect them, unlike in the past.

“If they (the recruits) communicate online with Malaysians in Syria, the latter will arrange (instruct), maybe…don’t depart from Kuala Lumpur (KL) …from KL go to Bangkok then Dhuha, Qatar, Dubai until Istanbul,” he told reporters here, Thursday.

According to Ayub Khan, upon their arrival in Istanbul, they would get in touch with their contact and would not depart directly for Syria and this made it difficult to detect their movement and journey.

“This makes it difficult to detect, they do not go directly to Istanbul…Now, they shift a lot to other places and only (communicate) via online,” he said.

He explained that until today there were still Malaysians leaving for Syria, because to them, the concept of jihad was still on despite being given explanations, clarifications and the arrests made.

He said such activities were still under control, to date, and the police were still able to detect and arrest (them) but more worrying was those who had gone there (to Syria).

The police found those involved in the activity comprised numerous groups including professionals, he added.