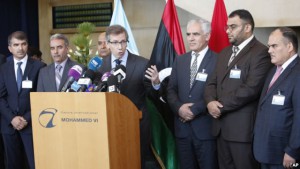 Libya’s internationally recognized parliament on Monday extended its mandate past its October 20 expiration, a move that may complicate U.N. peace efforts.

U.N. officials striving to negotiate a unity government in Libya set October 20, the day parliament was supposed to disband, as a deadline for a deal.

It is unclear what will happen now.

Libya is split between the recognized parliament and Islamic militants who have seized the capital, Tripoli, and set up their own parliament. U.N. efforts to bring both sides together into one administration have so far failed.