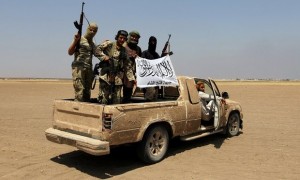 When three al-Qaida veterans were killed in Syria, Yemen and Afghanistan in October, it barely created a ripple. So dominant has Isis become in the realm of jihadist lore, that you could be forgiven for thinking that its precursor has been relegated to a mere footnote.

You’d be wrong. Those three deaths, all in US airstrikes, paradoxically hint at a resurgence of al-Qaida, at a time when Isis is in retreat in Iraq, Syria and Libya. Quietly, and more through soft power rather than harsh atrocity, al-Qaida is trying to mount a revival.

The Pentagon said that at least one of the three leaders killed, Haydar Kirkan, a 20-year veteran of the group, had been actively planning attacks against the west at the time of his death. This is a controversial claim as al-Qaida, founded in 1988, has in recent years foresworn such long-range operations in favour of a strategy privileging a slow and steady building of influence and capability at a local level within the Islamic world.

In part, this decision – taken by Ayman al-Zawahiri, the leader of al-Qaida, shortly after he succeeded the late Osama bin Laden in 2011 – was forced on the group by its weakness after years of being targeted by the US and allies in the wake of the attacks of 11 September 2001.

But more recently it has been a deliberate attempt to distance it from Isis, which has been responsible for directly organised strikes in France, Belgium, Germany and Tunisia, among others, and – through so-called “lone wolves” – in the US.

Al-Qaida and its affiliates have deliberately shunned the savagery of Isis, seeking to build support across the Islamic world through outreach to tribal leaders, power brokers and sometimes the broader community, rather than outright fear and coercion.

The group does not seek publicity. “Al-Qaida’s strategic experience is that if it makes a big deal of seizing territory, it attracts CT [counter-terrorism] resources, so it is simply not being as loud about it,” said Daveed Gartenstein-Ross, an expert at the Foundation for Defense of Democracy, a US thinktank.

The three locations of the US strikes two months ago are significant. Afghanistan, Yemen and Syria are all key strategic zones where Isis has either failed to make significant advances or, in the latter case, is on the retreat.

In January 2015, Isis formally announced the establishment of what it called Khorasan province in Afghanistan and western Pakistan. The move, coupled with an attempt to expand in Bangladesh, signified a push to branch out into south Asia and win recruits among the more than 400 million Muslims in the region. But the militants have had little success.

“Despite its best efforts … the Islamic State controls little territory in south Asia, [has] conducted only a handful of attacks, failed to secure the support of most locals, and struggled with poor leadership,” wrote Seth Jones, a former adviser to US forces in Afghanistan, this month.

A major obstacle to the expansion of Isis in the region has been the opposition of most local militant groups, notably the Taliban.

Al-Qaida, which has preserved a close relationship with the Taliban and some other militant groups, is still present in Afghanistan. In October 2015, US and Afghan forces attacked a huge training compound in the south of the country, killing more than 200 militants. The camp was used by al-Qaida in the Indian Subcontinent (AQIS), an affiliate established in 2014. South Asian officials point out that AQIS has so far failed to carry out any significant attacks or attract large numbers of recruits. However, that al-Qaida had survived at all in the region was “impressive”, one said.

“There’s been constant pressure on the group, and particularly its leadership element, for 15 years, and they’re still there. The death of al-Qahtani is a blow, but they’ve suffered worse and still come back,” said the official, speaking on condition of anonymity.

Another key battlefield has been Yemen, where, in perhaps the most striking unintended consequence of the Saudi-led military intervention in the country, al-Qaida was able to run a mini-state on Yemen’s coast for many months.

The substantial and strategically situated port city of Mukalla provided the group with a revenue of an estimated $2m a day. A 2015 US government report estimated that al-Qaida in the Arabian peninsula (AQAP), the Yemen-based affiliate, could muster at least 4,000 fighters, four times the total a year previously. The group has also built ties with southern Yemenis, who have felt marginalised by the country’s northern elite for years.

“We may be facing a more complicated al-Qaida, not just a terrorist organisation, but a movement controlling territory with happy people inside it,” said a regional diplomat who follows Yemen.

Al-Qaida has also successfully expanded its presence in Africa. The violence and brutality associated with the Nigerian-based Boko Haram group, which has now split over its nominal allegiance to Isis, and the Isis expansion into Egypt, Tunisia and Libya, have overshadowed the less spectacular but arguably more effective efforts made by al-Qaida affiliates on the continent.

In Somalia, commanders of the al-Shabaab movement ruthlessly eliminated pro-Isis factions that wanted to repudiate the group’s five-year-old allegiance to al-Qaida. A last dissident group is currently under siege from Somali forces in the far north of Somalia, in semi-autonomous Puntland, and facing annihilation.

In the Sahel, although one new faction has emerged to launch attacks in the name of Isis, it is the coalition of factions that form al-Qaida in the Maghreb (AQIM) that is dominant.

AQIM has exploited deep ties – some through marriage – with local communities and levered ethnic disputes to gain support and capabilities in Mali, a key state that French and other international forces have been unable to rid of extremists. “Al-Qaida is on a trajectory to become by far the most powerful jihadist movement in Africa,” said Gartenstein-Ross.

The most significant theatre may well turn out to be the Levant. Though most analysts believe Isis will remain a powerful – even if fragmented – force in the region for years to come, al-Qaida may be the biggest winner.

The key to its strategy has been the Syria-based group now called Jabhat Fateh al-Sham (JFS). Formerly known as al-Nusra Front, the powerful faction was rebranded in late July as a force without links to the global jihadi struggle but dedicated only to fighting Bashar al-Assad’s regime and its allies.

In recent years, al-Qaida has repeatedly attempted to downplay its links to local groups to avoid alienating communities which do not want to be part of a “global jihad” but which hope Islamic hardliners might impose order and honest, if rigorous, administration in areas they control.

Western officials fear JFS will not only dominate the jihadi landscape in the Levant following the defeat of Isis, but may also provide a springboard for al-Qaida to launch strikes into Europe, should the group change its current strategy. Zawahiri has made it clear that although the group may have prioritised local campaigns for the moment, it still remains committed to attacks on the west in the long term.

“As the Islamic State continues to lose territory and as the international coalition continues targeted airstrikes, we are likely to see another name in the headlines more often: Jabhat Fateh al-Sham,” said Matthew Henman, of Jane’s Terrorism and Insurgency Centre.

Hoffman described JFS as “even more capable than the Islamic State and a more dangerous long-term threat”.