You are here: Home / Analysis / A Middle East dilemma for the U.S. as Iraqi troops attack Kurdish forces 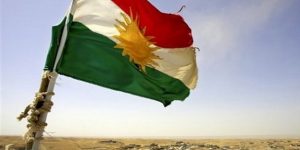 The U.S. faces a fresh crisis in the Middle East, after Iraqi government-backed forces attacked and reportedly captured large areas of territory held by Kurdish militia, a key ally in the fight against Islamic State, like reported by fortune.com.

The State Department said Sunday it was “very concerned” about reports of a confrontation, after Iraqi government forces clashed with Kurdish Peshmerga around the oil-rich city of Kirkuk.

The fighting comes only a couple of weeks after the Kurdish Regional Government held an unauthorised referendum on independence, aiming to establish a century-old aspiration of a Kurdish state. The Kurdish population straddles an area including parts of Iran, Iraq, Syria and Turkey. Historically, the need to stop the establishment of a Kurdish state has been one of the few things that those four countries always agree on. But the collapses of both the Iraqi and Syrian states in the past decade have created a window of opportunity for the Kurdish leadership to exploit.

“We are monitoring the situation in Kirkuk closely and are very concerned by reports of a confrontation,” a State Department official said. “We are engaged with all parties in Iraq to de-escalate tension.”

Iraqi government forces claimed to have taken control of “vast areas” in the Kirkuk region Monday, including oilfields west of the city, but the Kurdistan Regional Government (KRG) disputed the assertions.

Iraqi Prime Minister Haider al-Abadi ordered security forces “to impose security in Kirkuk in cooperation with the population of the city and the Peshmerga”, the TV reports said.

The elite, U.S.-trained “Counter Terrorism Service, the 9th armoured division and Federal Police have taken control of vast areas of Kirkuk without confrontations”, it said, and oilfields and Kurdish military positions were captured.

However, a KRG security official denied that Iraqi forces were able to get closer to the city or take territory from Kurdish ‘Peshmerga’ fighters. The official told Reuters the oilfields and the air base west of Kirkuk were still under Kurdish control.

The U.S. Defense Department urged Iraqi and Kurdish forces “to avoid additional escalatory actions”, saying in a statement it opposed destabilising actions that detract from the battle against Islamic State militants.

The U.S. has provided weapons to both the Iraqi army and the Peshmerga to fight Islamic State militants. It had taken the side of the Iraqi government in refusing to recognise the validity of the referendum.

Kirkuk, a city of more than a million people with a large Kurdish community, lies just outside KRG territory, but Peshmerga forces were stationed there in 2014 when Iraqi security forces fled in the face of an Islamic State onslaught.

The Baghdad central government has taken a series of steps to isolate the autonomous Kurdish region since its vote for independence, including banning international flights. Baghdad’s tough line, ruling out talks sought by the Kurds unless they renounce the breakaway move, is backed by neighbours Turkey and Iran – both with their own sizeable Kurdish minorities – and, in Turkey’s case, a long-running Kurdish insurgency.

The conflict in Iraq helped spur a jump in world oil prices on Monday. At the time of publication, benchmark crude oil prices were up 1.3 percent at $52.16 a barrel, close to a six-month high.