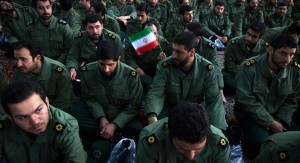 General Gholam Ali Gholizadeh, a veteran of the Iran-Iraq war in the 1980s, was killed in fighting with opposition fighters, the agency said, giving no further details.

Iran is a staunch supporter of Syrian President Bashar al-Assad, whose regime has been fighting heavily-armed opposition forces since 2011.

For the past six years, Iranian troops, along with members of Lebanon’s Shia Hezbollah group, have been fighting alongside regime forces in Syria.

More than 1,200 soldiers and pro-Iran militiamen are believed to have been killed in Syria since 2012.