You are here: Home / Senza categoria / Clashes between Islamists, rivals in Benghazi kill 31 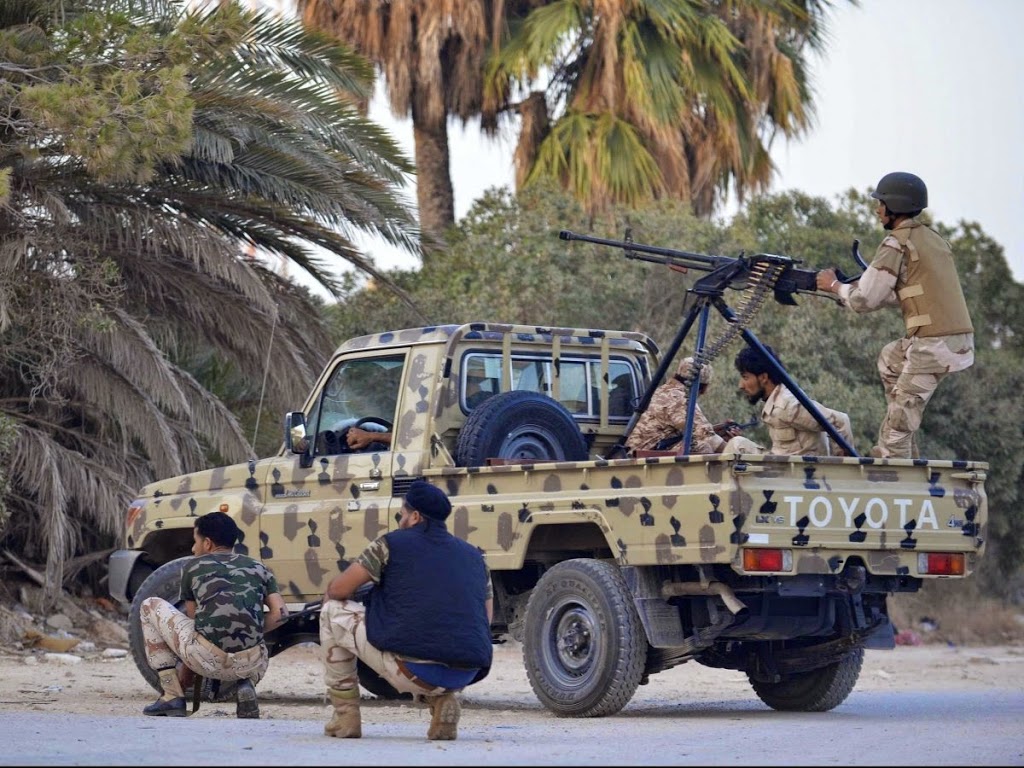 The hours-long clashes concentrated around the city’s Benina airport and the militiamen responded with artillery, added the official, speaking on condition of anonymity because he was not authorised to talk to the media.

Hafter’s side lost 20 fighters while the militiamen had 11 killed, and 36 fighters in all were wounded, the official said. Several of the wounded were reported to be in critical condition.

Libya is witnessing its worst spasm of violence since former dictator Muammar Gaddafi was toppled and killed in 2011.

The country’s divisions are deeply rooted in rivalries between Islamists and non-Islamists, as well as powerful tribal and regional allegiances between groups who quickly filled the power vacuum after Gaddafi’s ouster. Successive transitional governments have failed to control the militias.

The militias in control of the capital, operating under an umbrella group called the Dawn of Libya, have also taken control of the US embassy compound, a week after they drove out rival militias. A State Department official said the compound “remains secure.”

On Tuesday, Libya’s official news agency said calm returned to Tripoli, with some banks resuming work and shops and bakeries reopening. Traffic also picked up in the capital and there were long lines outside gas stations. Some families who fled the fighting have returned to their homes, the agency said.

In a second chance on Monday, Libya’s newly elected parliament asked the country’s prime minister who resigned last week, Abdullah Al Thinni, to form a new government. Al Thinni had said after his resignation that his government had lost control of almost all state institutions and government offices to armed Islamist militias.