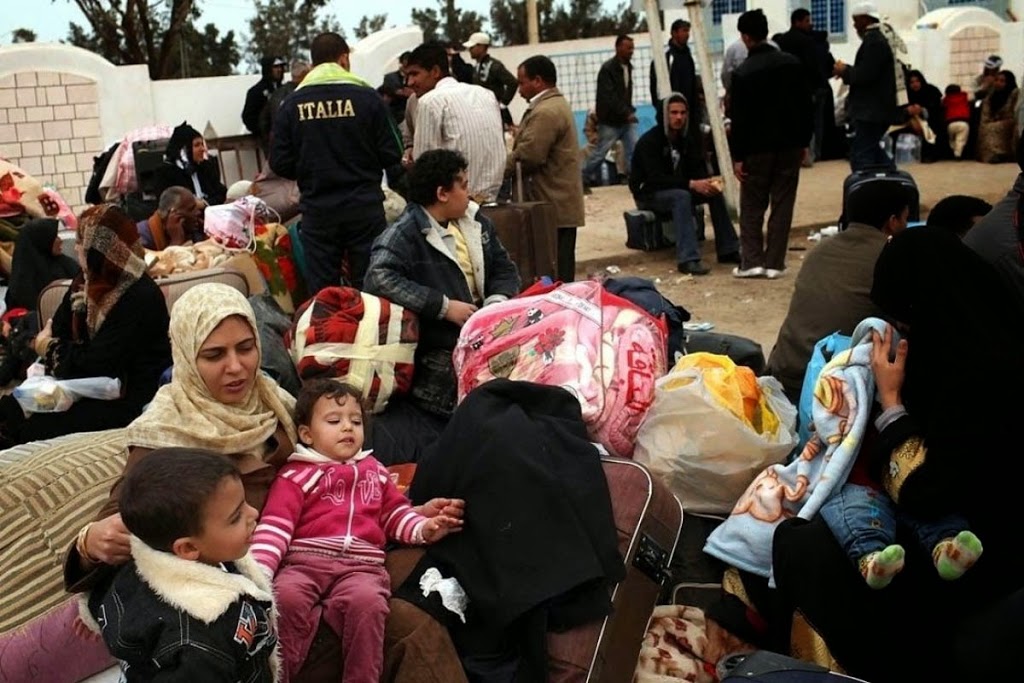 The deepening political polarization, the fighting and the risk of retaliation by armed groups have generated a climate of fear in which people are reluctant to talk about certain violations and abuses. It has also led many activists, including in particular women activists, to leave the country.

UNSMIL and OHCHR have appealed to all sides of the conflict to cease all armed hostilities and engage in an inclusive political dialogue to build a state based on the respect of human rights, democracy and the rule of law. UNSMIL continues to engage with all sides to end the fighting and ensure that civilians are protected.
The report states that fighters appear to disregard the likely impact of their action on civilians and have inadequate training and discipline. In addition, the use of badly maintained and faulty weapons and ammunition increases inaccuracy. These factors suggest that many attacks carried out in Tripoli and Benghazi are indiscriminate.
Between mid-May and the end of August, which is the period covered by the report, dozens of civilians were reportedly abducted in Tripoli and Benghazi solely for their actual or suspected tribal, family or religious affiliation, and have remained missing since the time of their abduction.

Such abductions may amount to enforced disappearances if the parties to the conflict do not acknowledge their whereabouts, the report states. UNSMIL is raising cases of those detained with the relevant armed groups and welcomes further information from concerned parties, “Protection of civilians must be a priority,” the report states. “All armed groups must comply with the principles of distinction, proportionality and precautions in attack.” “All armed groups must desist from violations of international human rights and humanitarian law, in particular all acts that may amount to war crimes, including indiscriminate shelling, enforced disappearances, murder, abductions, torture and other ill-treatment, and destruction of property.”

The report urges all armed groups to release or hand over to the justice system individuals who they have detained. It also stresses that the lack of compliance with international human rights and humanitarian law by one party does not absolve other parties from their obligations to comply with these standards.
“All armed groups must remove from active duty and hand over to the justice system those among their members suspected of having committed abuses,” the report warns.

“Political or military leaders can be held criminally responsible not only if they order crimes, but also if they are in a position to stop them and do not do so.” UNSMIL also estimates that at least 100,000 Libyans have been internally displaced by the fighting including Tawerghans who were already in their displacement camps since 2011, and that a further 150,000 people, including many migrant workers, have left the country.
Migrants, refugees and asylum-seekers are particularly exposed in the current context and are facing difficulties in crossing borders.

The report also notes the continued harassment of and attacks against journalists by all parties to the conflict, including restrictions of movement, confiscation of equipment, abductions and assassinations.
The fighting has also severely affected the administration of justice. The courts in Tripoli and Benghazi effectively stopped functioning as a result.