You are here: Home / Senza categoria / Choose your own Jihad: IS recruits western youth by promising flexibility 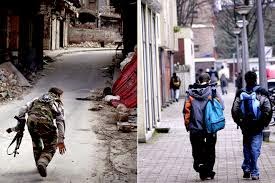 
Complementing the sophisticated media targeting dissatisfied Western youth, online recruiters from the Islamic State (IS), formerly the Islamic State of Iraq and al-Sham (ISIS), go even further in honing in on that demographic by promising that fighters can tailor their experience in jihad should they join with IS.

An appeal to leave life in the West, the promise of battle-type options to jihadi recruits amplifies the jihadi message that Western fighters partake in a physically and religiously satisfying experience—selling an idealized vision of the jihadi battlefields without the sobering lack of choices within in many organized military units.

The following messages shared by IS recruiters, spanning approximately six months, underscore the promise by IS English-speaking recruiters to the new members for battle choice, flexibility in occupation, and physical requirements.

ne alleged IS fighter and recruiter under the name “Abu Dujana Britani” consistently promotes the message of flexibility throughout social media to motivate and facilitate prospective fighters. His activity throughout the year demonstrates that the boasted inclusiveness of the current IS appears to be part of a long-standing recruitment strategy, and one that pre-dates the group’s rebranding into the “Islamic State.”

For example, on March 27, 2014, Abu Dujana responded to a question pertaining to whether IS recruits must face the other major jihadi faction in an inter-factional conflict. The anonymous questioner asked:

….if a brother disagrees with an operation could he be compelled to do it (like fighting an enemy he disagrees fighting)‬

Abu Dujana reassured his questioner in no uncertain terms that IS recruits could opt-out of any battle that they are not happy with. On the second point, he wrote:

…no one is ever forced to fight, however if youre worried about fighting other muslims, we only fight them in self defence or to take back property which was wrongfully taken which is justified. But yeah you can choose to sit back, do ribat [guard duty] or whatever you prefer.

Several weeks later Abu Dujana again returned to social media to answer a question about whether IS recruits are allowed to “select what we want to do? Lie, a sniper… ribat, technician?” Responding succinctly with “Yes of course,” Abu Dujana also strongly implied that individual fighters’ preferences are given high priority.

The emphasis on fighter self-determination is not only portrayed by Abu Dujana; alleged IS fighters have also issued public messages claiming that the group accommodates its recruits’ preferences. For example, on April 24, 2014 an alleged fighter who writes under the name “Mujahid Al Shami” noted:

In‪ #ISIS we try our best to put people where they are most comfortable in, thats why there are English, French, German, Russian battalions.‬

The message was reinforced throughout the summer of 2014. In a statement shared on July 1, 2014, an alleged IS fighter, under the name “Abu Farris,” dismissed a question about whether concern about fighting other Muslims influenced his decision to fight for IS. He responded, in part, by emphasizing that not only did he follow his “brother” to Syria, but that he is able to determine the terms of his engagement:

… I chose where i want to go. The state doesnt force me to kill muslims, we work on murtads and kuffar may allah rectify our affairs

Abu Farris similarly underscored the impression of fighter self-determination in response to a question of what IS fighters do when they are bored. On August 4, he answered a question by providing a wide array of options, ranging from domestic bliss to police work:

if ur married spend time with wife urm you csn go masjid teach kids, u can give dawah [issue summons] to local citizens.. urm do police work, its ur khilafa u can do alootttt alhamdulilah [Allah be praised]

Online IS recruiters go to great lengths to portray their organizations as being inclusive of all backgrounds, experience levels, and even physical limitations. In one late-March 2014 example, Abu Dujana responded to an inquiry asking about the “standards” that the mujahideen have for their fighters, and specifically, whether the group “only let[s] ppl go to the front who they perceive as strong, or anyone who wants to go can go.”

we [IS] have no physical standards whatsoever, people think isis fighters are some crazy well trained mercenaries, nothing could be further from the truth, we only have a small core of experienced fighters.

On April 23, 2014, an alleged IS fighter claimed on Twitter that there are many roles for people to play, even if they are not inclined to battle. The fighter, who writes under the name “MuhajirSumalee,” stated:

Brothers, if you don’t want to fight at least make Hijra feesabilillah. Doula [IS] isnt a militant group we need doctors, engineers, etc.

The recruiter Abu Dujana Britani also continued to urge readers to come on their own terms, even if they are unsure of their suitability for battle. Among the exhortations, on August 11, 2014, he shared a message assuring an alleged IS sympathizer who “is scared of fighting” but feels able to “cook food for the mujahideen” that he should still come to Syria.

The promises of a chose-your-own jihad appear to have limits, though, even for as enthusiastic a booster as Abu Dujana Britani. Asked by a fan if newly minted a foreign fighters can chose to fight alongside online jihadi celebrities, such as Abu Dujana himself, the recruiter demurred. After being asked “when i get to sham… and complete training will the amirs let me join your crew‬” he responded equivocally, writing:

Its a possibility. But also depends on my ameer [leader].

In conclusion, the degree to which IS recruiters in Syria claim that new recruits can determine what they want to participate in is a characteristic of the IS approach to luring young Western fighters to their conflict. This allows the groups to deter anxieties of potential recruits that might keep them from leaving their homes for battle.

The emphasis on recruit choice serves a pragmatic faction as well: it bolsters battle and jihad as being practically equivalent to an immersive summer camp experience to recruits who, though attracted to the promised adventure of engaging in warfare, may be adverse to the discipline and lack of autonomy inherent in joining a traditional military.

This messaging is consistent with the group’s online efforts to systematically reduce both the perceptions and reality regarding challenges to joining jihad among IS’s target audience of disaffected young, Western, Muslim men.