You are here: Home / Africa / The ISIS Scenario in Libya 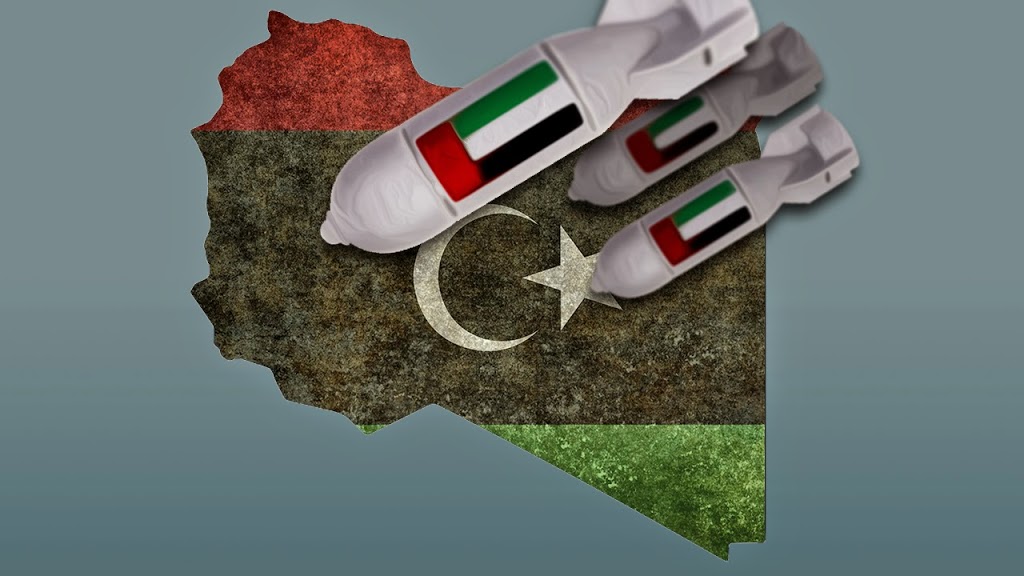 Unconfirmed reports appeared last week about alleged airstrikes carried out by the United Arab Emirates (UAE) and Egypt on Libya to stop Islamists from taking control of the capital, Tripoli. These media reports attracted a lot of attention and raised a few eyebrows.

Throughout its history, the UAE has followed a course set by its founder Sheikh Zayed Bin Sultan Al-Nahyan of distancing itself from interfering in the affairs of other countries, with the exception of mediating or extending a helping hand. As for Egypt, its attention over the past years has been focused on its domestic situation, and the country today is mired in its own issues and concerns, which have been accumulating since the January 25 revolution.

This serves to explain the surprise about the alleged air raids in Libya. If true, this would indicate a significant change in the UAE’s policy and a shift in Egypt’s domestic confrontation of the Muslim Brotherhood. Abu Dhabi and Cairo raced to deny these puzzling reports that seemed to have been leaked by Washington in order to embarrass both Egypt and the UAE. What is ironic is that Washington, which was said to have taken umbrage at not being consulted, is interfering anywhere and everywhere its own interests are at stake, without waiting for permission or consulting anyone.

Not long after these reports, we witnessed news of a US airstrike in Somalia—and this is not the first incident of its kind. While Washington leaked news about unconfirmed airstrikes on Libya, the US Air Force was also carrying out airstrikes on the so-called Islamic State of Iraq and Syria (ISIS), providing weapons to Kurdish Peshmerga forces to assist them to confront this rising jihadist threat, which has taken control of large swaths of Iraq and Syria.

So how can Washington allow itself to intervene in other countries in order to confront the threat of extremists and, at the same time, take umbrage at the alleged actions taken by Egypt and the UAE, which also aimed to push back against an Islamist national security threat?

In fact, one also wonders why the US remained silent about Israeli airstrikes on Iraq, Syria, Lebanon and Sudan; not to mention the atrocities committed by the Israeli military in Gaza.

The US claims regarding who was responsible for these airstrikes only served to make the situation murkier. Libya’s Islamists had initially accused forces loyal to Libyan General Khalifa Haftar of carrying out the airstrikes, even announcing that they had shot down one of the Libyan National Army’s jets. They subsequently abandoned this discourse, implicating Egypt and the UAE, without providing any supporting evidence.

Regardless of the Egyptian and Emirati denials, one could argue that it is the right of Arab countries to take whatever action is necessary to safeguard their national security. The reality is that it is Arab countries, more than the US, that are under threat by these Islamist groups—whether moderate or hardline—that want to impose their presence on the ground, without hesitating to use arms or terror to achieve their objectives.

The UAE, for example, has faced a Muslim Brotherhood plot to destabilize it and stage a coup against its rulers. As for Egypt, it is fighting a real battle with the Brotherhood, which did not accept that the street that brought them to power also overthrew them after the organization revealed its true nature and objectives, namely complete hegemony and the monopolization of power. Within the context of this battle, armed radical groups have stepped up their terrorist operations across Egypt, particularly in the Sinai Peninsula, which seems to have been the subject of a plan aimed at recreating the ISIS scenario in Iraq.

Therefore Cairo may be worried that armed radical Islamist militias taking over Tripoli will only serve to whet their appetite to take control of the rest of the country. This scenario would see foreign jihadists flocking to Libya to support their Islamist brothers, with Egypt, therefore, being completely encircled by the Brotherhood and its supporters.

The situation in Libya is uncertain, worrying and painful. The current infighting among militias amid the chaos that has struck the country is akin to an armed coup staged by Islamists with the support of foreign sides. Libya’s Islamists have refused to recognize the newly elected parliament and the interim government. They reinstated the former legislative council, where, coincidentally, they enjoyed a majority, appointing a prime minister of their own.

One question remains unanswered: will Arab countries stand idly by until Libya is destroyed, or turns into a failed state and a fertile ground for conflict and extremism, with Islamists sneaking in to fight and raise their black flags?

Sadly, the situation in the Arab world may not be conducive to a large-scale, joint Arab action. But this does not justify the continuation of the passive, incompetent Arab policy that has drawn widespread criticism on the Arab street. We need to see the establishment of a joint Arab force to confront the threats that are facing the region, consuming one country after another. If the Arab League is unable to form such a regional force, then the countries of the region must get together to form an alliance of capable and willing states—before the flames of chaos spread and consume new lands.