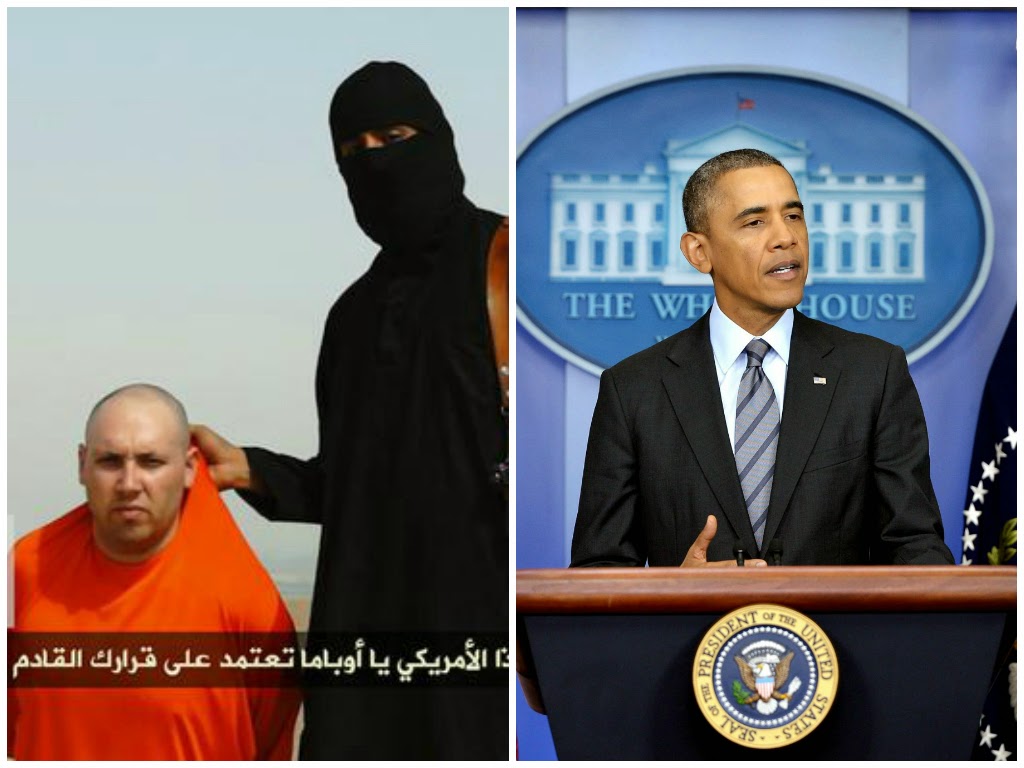 Countries and factions that on paper share the same goal of eradicating the extremist threat responded far differently to President Barack Obama’s strategy, highlighting the difficulty in creating a united front. Frontline states Iran and Syria lambasted the administration for leaving them out of the equation, while pro-Western rebels urged the United States to ramp up its fight against President Bashar al-Assad’s regime in Syria and Kurdish groups demanded a far greater US and Western commitment.

“The US claims it’s fighting terrorism while cooperating with those backing the terrorist groups,” a senior Iranian official told Al-Monitor on condition of anonymity. “It’s not only that; they want to arm other terrorist groups in Syria under the pretext they are moderate Islamists. Everyone knows who they are and what agenda they are serving.”

The official added that there will be no serious results on the ground without coordination between regional powers.

Damascus, meanwhile, warned that the entire region could erupt into flames if Obama goes forward with air strikes against targets inside Syria.

“I wonder how an international coalition can be formed and Syria, which is targeted by terrorism in depth, is shunned aside,” Syrian lawmaker Sharif Shehadeh told the Associated Press in Damascus. Violating Syrian sovereignty, he added, will have “negative repercussions on regional and international security.”

Iran and Syria are incensed that Obama has been courting their Sunni rivals, notably Turkey and the Gulf states, as part of his plan for confronting IS.

“Some of the countries in the coalition are among financial and military supporters of terrorists in Iraq and Syria and some others have reneged on their international duties in the hope of [seeing] their desired political changes in Iraq and Syria,” Iran Foreign Ministry spokeswoman Marzieh Afkham told reporters in Tehran.

Some US lawmakers, such as Senate Armed Services Committee Chairman Carl Levin, D-Mich., are urging a quick vote on the measure before Congress recesses for the mid-term elections to get broad Sunni buy-in for the anti-IS fight. But others are worried that the Syrian rebels can’t be trusted or that any US equipment they receive could end up in the hands of IS if they’re defeated on the battlefield, as happened with the Iraqi army.

The US-backed Syrian rebels, for their part, made it clear that fighting IS isn’t their sole priority.

“The brutal rule and corrupt governance of the Assad regime are the source of the terrorist problem in Syria, as the regime generated the conditions for ISIS to become the global threat that it is today,” said the Syrian Opposition Coalition’s special representative to the United States, Najib Ghadbian, in a statement. “To defeat [IS], we need a comprehensive effort that tackles both [IS] and the Assad regime as its root cause.”

The Islamic Front “has not and will not receive or deal with the US at all,” Abu Firas al-Halabi, a spokesman for the Islamic Front, told Al-Monitor.

“We will not work hand in hand with it,” Halabi said, “until it proves that it is serious in removing the cover and withdrawing the legitimacy from the Assad regime, and drying up the sources of support for the regime and the organization.”

Wael Fouad, the commanding general of the Fajr al-Hurriya Brigades, told Al-Monitor that the Assad regime continues to aid and abet the Islamic State.

“When the US president speaks about support received by the opposition factions, aren’t we supposed to see the result of this support on the field?” he asked. “IS is still advancing in the liberated regions. As we fight IS on the front of Aleppo’s northern countryside, the regime’s aircrafts strike our sites. If Obama is serious in supporting the opposition, he should end the regime’s aviation, whether by aerial ban or by providing the rebels with counter-aviation rockets.”

“Iraq welcome[s] Obama’s strategy to back the country in its war against [IS] and other terrorist organizations, for the principally aggrieved by their actions were Iraqi citizens of all faiths, ethnicities and creeds,” an Abadi spokesman said in a press release.

Other Iraqi leaders, however, accused the United States and other Western powers of turning a blind eye for years to the anti-Sunni repression inside Iraq and Syria that helped give rise to the group.

“IS has become an international terrorist organization, which the United Nations, United States and other countries of the world have formed a coalition to destroy,” Mazhar al-Janabi of the Sunni forces bloc told Al-Monitor. “All these countries knew of the existence of IS and possessed information in its regard, but they all failed to move one finger against it until it threatened their interests. The current phase will see IS confronted everywhere, with the support of Arab countries, the majority of which did not back IS but chose to ignore its actions.”

The Iraqi Kurds, meanwhile, said Western powers need to do far more — including stopping their own citizens from joining IS.

“The new strategy by the US administration does not reflect the true volume of the threat that [IS] poses,” Sherko Manguri, a member of the Iraqi Parliament from the Patriotic Union of Kurdistan, told Al-Monitor. “It’s true that the US might have its own views on this conflict, but [IS] is a much bigger threat than presented.”

In Lebanon, Hezbollah raised its own set of concerns.

One source in the Hezbollah leadership told Al-Monitor that the Shiite militia views Obama’s strategy to fight IS with a great deal of caution. In particular, Hezbollah fears that Obama will use the pretext of combating IS to resurrect a regional and international coalition, one the source said is suspiciously composed of the same countries that formed the “Friends of the Syrian People” coalition initially established to topple the Syrian regime.

Had Obama really intended to protect the region from terrorism, the source said, he would have invited all countries in which IS was active to join the new coalition, particularly considering that Syria offered to take part in such an effort.

In Ankara, officials were silent in the wake of Obama’s speech amid a flurry of high-level meetings and with Secretary of State John Kerry expected in Turkey on Friday, three days after Defense Secretary Chuck Hagel’s visit. Kerry’s talks in Ankara will mark the first “concrete and detailed” discussions on what support the United States requests and what Turkey could offer, Hurriyet cited a senior US official as saying.

The Yeni Safak newspaper, a government mouthpiece, reported that Ankara was planning only “passive” contribution, with no intention to assist in ground or air operations against IS. The daily, which alluded to Ankara resisting US pressure to join ground operations, appeared with the front-page headline “Turkey won’t fall into the ploy.”

Hours before Obama spoke, Prime Minister Ahmet Davutoglu chaired an emergency meeting with top government and military officials, which, according to Yeni Safak, produced the following outcome: “The idea adopted was that Turkey should assume a ‘passive mission’ in the allied coalition. A decision was made that Turkey’s participation in any military operations — either ground or air — would be impossible at this stage.”

Retired ambassador Oguz Celikkol, who has served as Turkey’s special envoy to Iraq, stressed that the 49 Turkish hostages IS holds in Mosul was a major factor that discouraged Turkey from assisting in any combat operations, including the opening of Turkish air bases to coalition use.

“But Turkey could still make important contributions,” he said on CNN Turk television. “The control of borders, enhanced control of Western passport holders moving in and out [of Syria and Iraq], intelligence sharing … these are all very important issues for the West.”

The Saudis for their part did not immediately respond to Obama’s plan, but highlighted a call the US president made to King Abdullah II just hours before his speech.

“During their conversation, the two leaders reviewed bilateral relations and discussed regional and international developments,” the Saudi Embassy in Washington said in a read-out. The embassy went on to reiterate that the United States is set to participate today in a regional meeting in Jeddah dedicated to fighting extremism along with representatives from Gulf Cooperation Council states, Egypt, Jordan and Turkey.

Israel, meanwhile, had no immediate reaction to the president’s speech, even though Prime Minister Benjamin Netanyahu convened a meeting in his office earlier on Wednesday to discuss Israel’s response to the threat posed by IS and other extremist groups.