You are here: Home / Senza categoria / The New Plan for Fighting ISIS: An Analysis 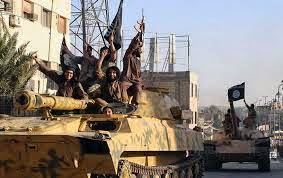 First, the plan makes “counter-terrorism” its underlying strategic focus. Counter-terrorism (CT) depends on attrition to take on and defeat the threat posed by a terrorist group. IS, however, is not a terrorist group; it is, rather, an insurgency that has taken territory, set up its own governance, created and used regular military forces, and is poised to seize and hold more territory. The use of attrition against insurgent groups (i.e. killing or capturing members of the group) rarely succeeds because they are capable of replacing losses and re-infiltrating any territory that they lose.

The U.S. attempted an attrition strategy in Vietnam against the Viet Cong (VC) in 1964-1968 and could not destroy that insurgency through killing alone. Only with the adoption of a comprehensive counter-insurgency (COIN) in 1969-1972 was headway made against the VC, although this fragile progress was quickly undone when Congress cut funding for the war. It is also noteworthy that attrition—as well as COIN—was used against an earlier incarnation of IS and the group showed a resilience that allowed it to rebound as soon as America left Iraq.

Second, the President has ruled out counter-insurgency by making it clear that the U.S. will not be inserting “combat troops” into this fight. Without the support of highly trained forces on the ground that understand how to clear and hold territory while gaining the backing of the people, it is doubtful that any of our partners will be capable of carrying out COIN. This is true in Iraq, which has a regular army and special forces but lacks the experience and training necessary to carry out the complex tasks associated with COIN, as well as in Syria, where our potential partners have neither a regular army nor special forces.

The issue of partners in Syria is highly problematic for other reasons as well. The U.S. would naturally like to support moderates while being careful not to arm extremists, but the growing degree of cooperation and collaboration between moderate groups and al-Qaeda (AQ) or AQ -linked organizations make this a very difficult proposition. Over the past two years, there have been numerous examples of moderates carrying out offensives in cooperation with the AQ affiliate known as Jabhat al-Nusra (JN or al-Nusra Front) or even morphing from an ostensibly moderate unit into an extremist one by joining up with al-Nusra Front. This has made it challenging to separate moderates from extremists, leading to the real potential that we will succeed in degrading IS by empowering other extremists, including AQ.

This brings us to the final difficulty with this plan: an apparent failure to deal with al-Nusra Front or AQ in general. As I show in a recent post, al-Nusra Front has been quietly making progress in Syria, taking territory, and expanding its range of operations into neighboring Lebanon. This troubling development has been largely ignored in light of the much greater territorial gains and outrageous atrocities of IS. The President’s plan makes no mention of either al-Nusra Front or AQ, leaving the impression that the U.S. will not be targeting or dealing with this threat. Given the rivalry between IS and al-Nusra Front, it is also a rather disquieting thought that we might find we have destroyed AQ’s biggest competitor in the region, thus inadvertently aiding an affiliate of the group that carried out the 9/11 attacks.