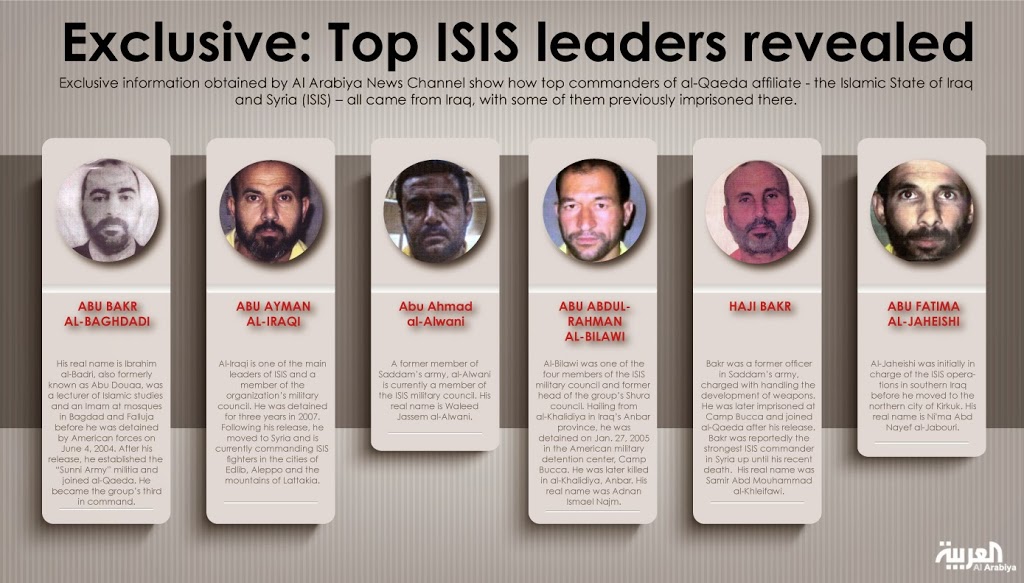 The investigation revealed that 19 out of ISIS’s top 20 leaders are from Iraq, while one is Syrian. Despite this, the Syrian city of Raqqa is the group’s stronghold.

ISIS is led by Ibrahim Awwad al-Badri, known as Abu Bakr al-Baghdadi, originally a lecturer in Islamic studies and an imam in Iraq.

He was detained by U.S. forces in 2004, and joined Al-Qaeda following his release.

The only Syrian official in the group is Taha Sobhy Falaha, known as Abu Mohammad al-Adnani, who is head of ISIS’s media-relations unit.

ISIS has been keen to establish itself in strategic locations, represented in its presence along the Tigris and Euphrates rivers.

Military experts say the fighting experience displayed by ISIS’s leadership is the driving force behind its tactics, enabling it to define its ground strategy.

Upon seizing control of territory, ISIS typically takes advantage of local economic resources – including oil and water – and has been known to loot banks and financial institutions.

In June, it reportedly stole $425 million from Mosul’s central bank. Atheel al-Nujaifi, mayor of Mosul and governor of Nineveh province, said at the time that ISIS had also stolen millions from numerous banks across the city, as well as large quantities of gold bullion.