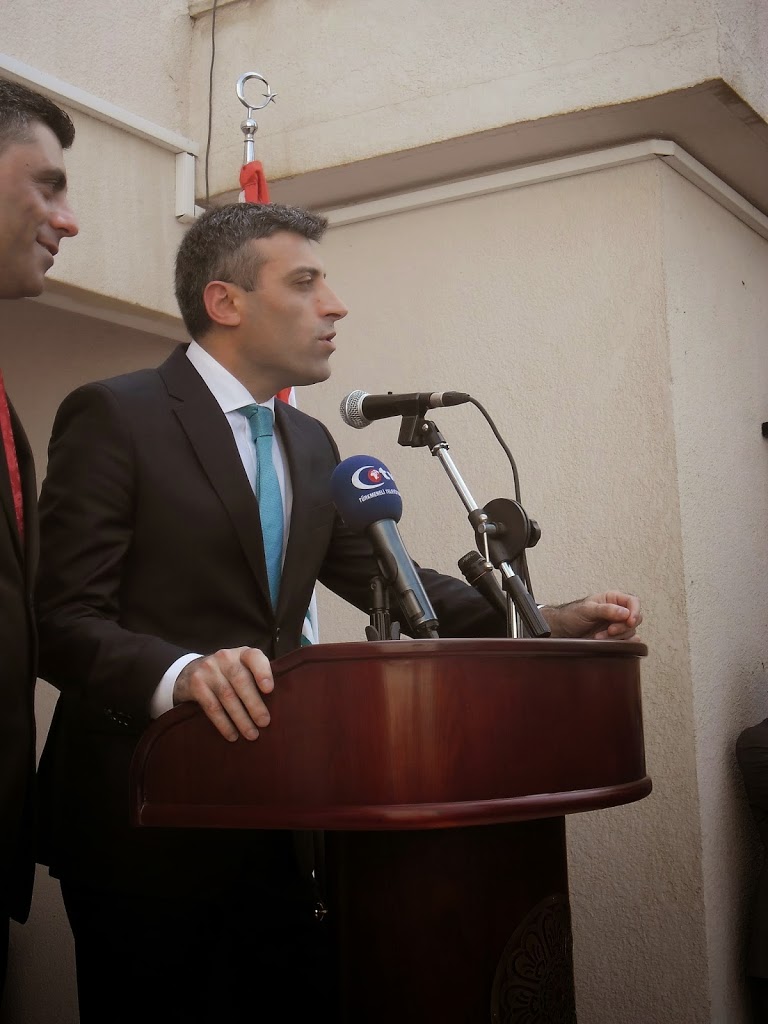 Turkey’s consul-general to Mosul, rescued after 101 days in ISIL captivity, refused to read a message for his captors “despite having a gun put to his head,” another hostage revealed.

Speaking to the media at Ankara’s Esenboga airport following his and the other 45 captives rescue on Saturday, Alptekin Esirgun said: “We knew that we had to stay patiently there. There were times when we faced death but we supported each other.”

Esirgun described how Consul-General Ozturk Yilmaz refused to read a message on behalf of Turkey that had been prepared by the terrorists even though he was threatened with a gun.

Paying tribute to Yilmaz, he added: “We managed the process very well. I am thankful to him.”

“All I want to do now is to go home with my family,” he said.

Asked if he gave in to despair during his captivity, Yilmaz replied: “A believer never thinks about despair. When you believe, the light of hope never dies.”

The consulate staff and their families were abducted on June 11, a day after ISIL took control of Mosul.