You are here: Home / Senza categoria / Lessons of the Arab Spring 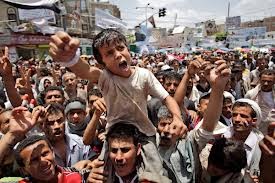 The most straightforward answer to that question I came across was given by Stephen Kinzer in a column titled “Stability does not require democracy.” (The Boston Globe, Aug. 14, 2014) Kinzer argued, in brief, that the United States had encouraged its friends in Afghanistan, Iraq and Libya to establish democratic regimes. These countries, however, now found themselves mired in terrorism and violence. Western-style democracy is surely desirable, but all countries may not be ready for it. The main criteria for the US in assessing foreign governments should be whether they were able to provide stability, order, security and development.

The lessons I derive out of the Arab Spring and its aftermath are different. It is true that all societies may not be ready for a free and democratic regime. Demands for freedom and democracy would seldom, however, be raised without society being ready for it. The Arab Spring was an uprising of Arab peoples who lived under autocratic regimes for decades with demands for freedom and democracy. The autocracies had failed to deliver security and development for their peoples, establishing order and stability mainly by force.

The most important lesson may be drawn from a comparison between Tunisia and Egypt. Islamists in the former not only embraced democracy and the rule of law but also refrained from monopolizing power, being willing to share it with other political forces to avoid polarization. In the latter, however, Islamists — who seemed careful to avoid polarization in the beginning — later attempted to monopolize power, perhaps thinking this was an opportunity not to be missed, and unfortunately faced a highly popular military coup led by Abdel Fattah el-Sisi that established a more ruthless autocracy than Hosni Mubarak’s.

There is no doubt that the only political force in the Middle East that can resist autocracies are the Islamists, most of whom have, during recent years, left radicalism and violence behind and begun to increasingly embrace democratic principles. This trend has become so evident that Olivier Roy, a distinguished French scholar of political Islam, declared that the debate about whether Islam and democracy were compatible had become obsolete, and the two had become interdependent. It is highly unfortunate that today, growing numbers of Islamists faced with brutal suppression in Egypt, Syria and Iraq are reverting to terrorism and violence once more, as best exemplified by the case of the Islamic State in Iraq and the Levant (ISIL). It should be clear to all that without a political solution to the crises in Iraq and Syria, ISIL cannot be suppressed by military force alone, no matter how broad the international coalition against it.

The Muslim Brotherhood is surely not a terrorist organization. Democratic countries should give refuge to their leaders deported by Qatar so that like Rachid Ghannouchi of Tunisia, they can, through the experience of living in such, fully embrace democratic principles.