You are here: Home / Senza categoria / US admits there is a much scarier terrorist group than ISIS: Khorasan 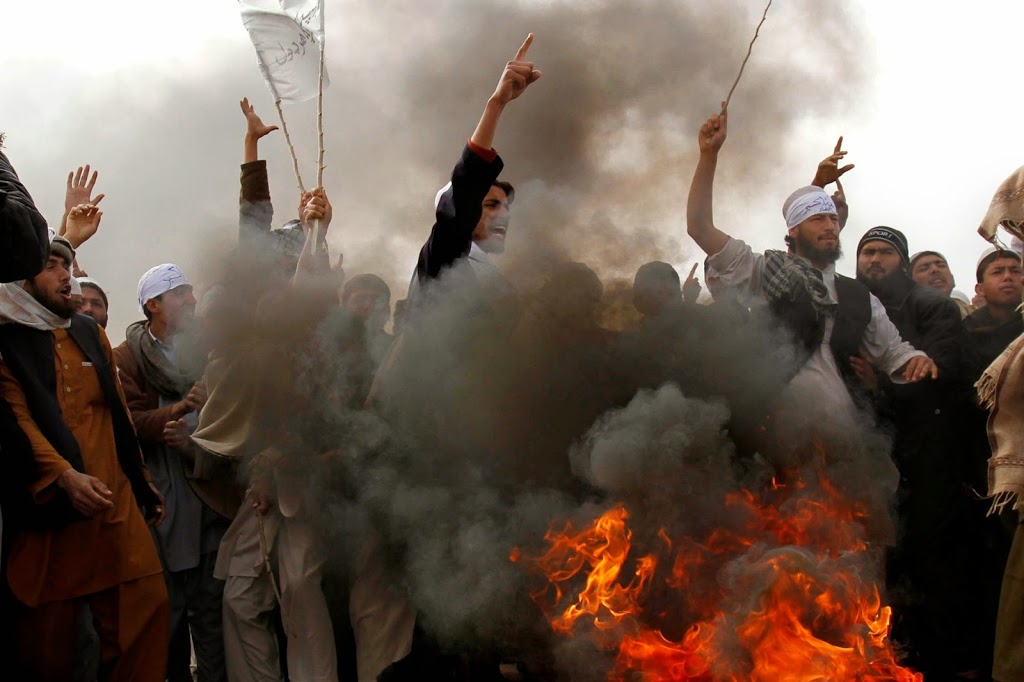 Very little information is being released at the moment by anyone within American intelligence circles, but the group calling itself Khorasan is said by officials to have concrete plans for striking targets in the United States and Europe as a chosen modus operandi – more so than the Islamic State (IS), formerly known as ISIS.
The first ever mention of the group occurred on Thursday at an intelligence gathering in Washington DC, when National Intelligence Director James Clapper admitted that “in terms of threat to the homeland, Khorasan may pose as much of a danger as the Islamic State.”

According to the New York Times, some US officials have gone as far as saying that, while the Islamic State is undoubtedly more prominent in its show of force in the Middle East, it is Khorasan who’s intent on oversees campaigns in a way Al Qaeda usually is.
In this sense, the US air strike campaign and the coming actions by the anti-IS coalition might just be what coaxes the IS into larger-scale attacks on American and European soil – what Khorasan is essentially all about.

This brings up another issue seen in the current Western stance on terrorism: it is so focused on the terror spread by the IS that it’s beginning to forget that the destruction and mayhem of civil war across the Middle East is spawning a number of hard-to-track terrorist factions with distinct missions.
“What you have is a growing body of extremists from around the world who are coming in and taking advantage of the ungoverned areas and creating informal ad hoc groups that are not directly aligned with ISIS or Nusra,” a senior law enforcement official told the NY Times on condition of anonymity.
The CIA and the White House declined to give comment.

According to government sources, the Al-Qaeda offshoot group is led by a former senior operative – 33-year-old Muhsin al-Fadhli, reportedly so close to Bin Laden’s inner circle he was one of the few who knew of the 9/11 Twin Tower attacks in advance.
He had reportedly fled to Iran during the US-led invasion of Afghanistan. Al Qaeda’s story goes hazy after the campaign: many operatives are said to have traveled to Pakistan, Syria, Iran and other countries, forming splinter groups.
In 2012, al-Fadhli was identified by the State Department as leading the Iranian branch of Al-Qaeda, controlling “the movement of funds and operatives” in the region and working closely with wealthy “jihadist donors” in his native Kuwait to raise money for the Syrian terrorist resistance.

Although the first public mention of the group was only this Thursday, American intelligence is said to have been tracking it for over a decade. Former President George W. Bush once mentioned the name of its leader in 2005 in connection with a French oil tanker bombing in 2002 off the coast of Yemen.
Khorasan itself is shrouded in mystery. Little is known publicly apart from its being composed of former Al-Qaeda operatives from the Middle East, North Africa and South Asia. The group is said to favor concealed explosives as a terror method.
Like many other groups taking up the power vacuum in war-torn Syria, Khorasan has on occasion shifted its alliances.

Al-Qaeda leader Ayman al-Zawahiri at one point ordered the former ISIS to fight only in Iraq, but cut all ties with it when it disobeyed and branched out. The result was that the Nusra Front became Al-Qaeda’s official branch in Syria. It’s said that Khorasan is to Al Nusra Front what the latter was to Al-Qaeda.
When The Daily Signal spoke to James Phillips, a Middle East expert at The Heritage Foundation, he outlined some American intelligence views on the group: they see their mission in “[recruiting] European and American Muslim militants who have traveled to Syria to fight alongside Islamist extremist groups that form part of the rebel coalition fighting Syria’s Assad regime.”
“The Khorasan group hopes to train and deploy these recruits, who hold American and European passports, for attacks against Western targets,” he said.

He believes Khorasan to be Al-Qaeda’s new arm in attacking America, its “far enemy.” While they are Al Nusra’s allies in Syria, their role is believed to be to carry out terrorist attacks outside the country.
The group reportedly uses the services of a very prominent Al-Qaeda bomb maker, Ibrahim al-Asiri, whose devices previously ended up on three US-bound planes. He is known to be a true pioneer of hard-to-detect bombs.
Phillips believes that the next step is taking those bombs and pairing them with US-born and other foreign jihadists returning home.

In this respect, Phillips views the Khorasan threat to the US to be much more direct compared to the Islamic State’s more regional ambitions. And since President Obama’s upcoming anti-IS strategy reportedly does not include Al Nusra, this potentially frees Khorasan’s hands.
What sets Al Nusra apart from the many other groups is that it’s now the only faction with active branches throughout Syria.

Syria analyst with the Institute for the Study of War, Jennifer Cafarella, told the NY Times “there is definitely a threat that, if not conducted as a component of a properly tailored strategy within Syria, the American strikes would allow the Nusra Front to fill a vacuum in eastern Syria.”
Because of al-Zawahiri’s current weakened position in terrorist cricles, both Al Nusra and Khorasan by extension are less prominent than the IS. But these things have a way of changing unpredictably, and because the plans of these more traditional terrorist groups in Syria aren’t yet clear, a danger arises.
The volatile conflict zone that is Syria, with its lax borders and an increasing number of distinct, armed Islamist groups, the US may be surprised by how difficult it soon may be to pinpoint the origin of the next threat.