You are here: Home / Senza categoria / Do Syrians support US airstrikes in Syria? 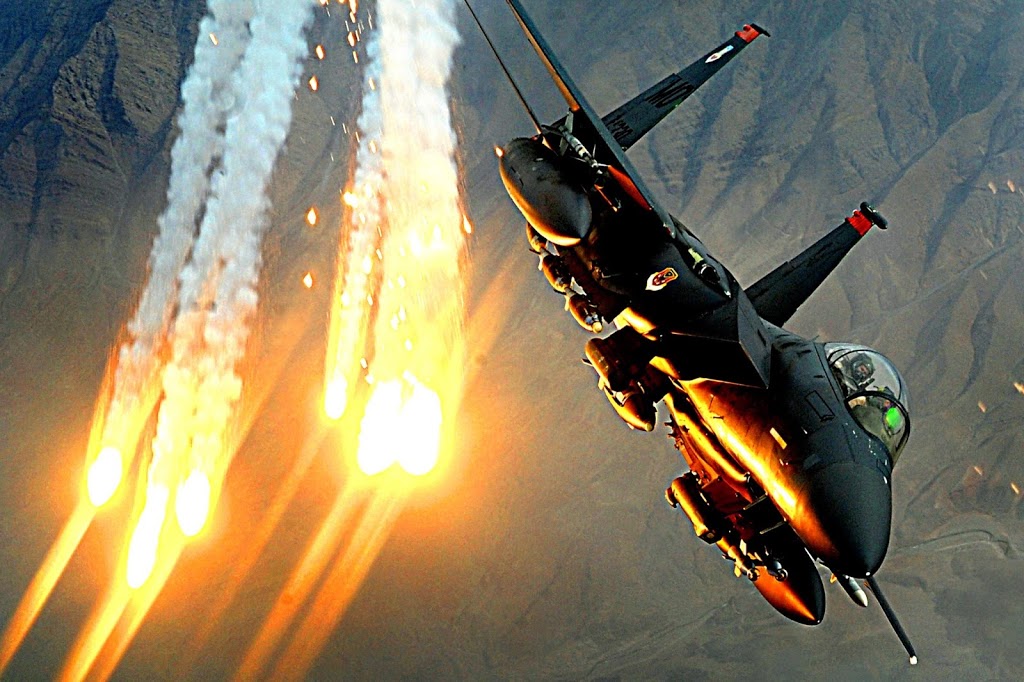 As a wary US Congress passed a resolution authorizing the Barack Obama administration to arm Syrian rebels against the Islamic State (IS), and as US military planners consider airstrikes against IS in Syria, Al-Monitor’s Syria Pulse covered how Syrians, suffering from more than three years of war, might react.
Khaled Attalah reports from Damascus that Syrians there prefer a political solution to the war rather than US airstrikes.

The National Coordinating Committee for Democratic Change in Syria rejects US intervention in Syria, even with the Syrian government’s approval.

Attalah writes, “After mobilizing its allies from around the world, the White House hopes that by using force and launching airstrikes, the IS threat will disappear. However, the Syrian people are not only hoping to be rid of this terrorist group, but also the bloody bottleneck they have been living through for more than three years.”

Reporting from the Al-Bab region, an IS stronghold east of Aleppo, Al-Monitor columnist Edward Dark writes that the prospect of US airstrikes is being greeted with more anxiety than enthusiasm, and could redound to the advantage of IS.

Dark speculates that “it would be foolish to believe that US military action against IS is popular here or will go down well, especially when civilian casualties start to mount. On the contrary, it will most likely prove counterproductive, stoking anti-Western resentment among the population and increasing support for IS, driving even more recruits to its ranks. The terror group knows this well, which is why it is secretly overjoyed at the prospect of military action against it. In its calculations, the loss of fighters to strikes is more than outweighed by the outpouring of support it expects both locally and on the international jihadist scene.”
In a separate report from Aleppo, Dark questions the wisdom and timing of an expanded train-and-equip approach to US- and Saudi-backed opposition groups.

“The failure of these groups to make substantial gains against the regime or the jihadists despite a large investment in arms, funds and training begs the question of what has now changed. If they were unreliable then, what makes them a viable option now? Not only were some of them merely unreliable, but they also openly collaborated and allied with al-Qaeda-linked groups such as Jabhat al-Nusra, or through sheer incompetence and corruption allowed Western-supplied weapons and equipment to fall into the hands of extremists. Indeed, the stigma of corruption and ineptitude permeates most of the Syrian rebel factions designated as ‘moderates,’ and some have even been involved outright in serious war crimes. This makes them not only an unreliable ally on the ground, but also a potentially very dangerous one.”

Dark observes that the moderate Syrian opposition groups are not close to winning “hearts and minds” in Syria. IS, while a bigger loser in the hearts and minds category, and despite its brutality, has nonetheless brought some degree of order and services to the areas it controls in Aleppo:

“The rise and popularity of IS seems to have more to do with the failings of the Syrian opposition and the fractious rebel factions than with the Islamic State’s own strength. For almost three years, the opposition and the local rebels had failed to provide any semblance of civil administration or public services to the vast areas they controlled. This lawless chaos added to the people’s misery, already exacerbated by the horrors of war. In the end, they rallied around the only group that managed to give them what they wanted: the Islamic State. But now, it seems a new fear is rising among the people: the specter of war against IS, a war they feel threatens not only their lives, but also their livelihoods and the tenuous normality they’ve grown accustomed to.”

Dark concludes that the most effective of all bad alternatives to defeat IS, which is the US priority in Syria, might be for the United States to reach a tactical understanding with the Syrian government:
“The only alternative then appears to be an unpalatable and unholy alliance with the Syrian regime, the only force on the ground right now capable of taking on and defeating IS with any degree of success,” Dark writes.

Kerry says role for Iran in battle with IS
While the Obama administration has ruled out an alliance with Syria, Iran could be a bridge to Damascus within an international coalition against IS and in a subsequent political transition in Syria.
US Secretary of State John Kerry, chairing a UN Security Council meeting on Iraq Sept. 19, said, “The coalition required to eliminate [IS] is not only, or even primarily, military in nature. It must be comprehensive and include close collaboration across multiple lines of effort. … There is a role for nearly every country in the world to play, including Iran.”

This column suggested in February that Iran and Saudi Arabia could join a new regional counterterrorism alliance among Syria and its neighbors, and in May proposed that the United States should test Iran on its declared willingness to battle extremists in Syria.
Ali Hashem reports this week that Iran has a vital interest in defeating IS, whatever the United States decides to do.

“Iran’s problem isn’t related to how and where to fight IS, but rather over the conflict between its national security and its regional security,” Hashim writes. “IS has had a base in Iraq — Jalawla — as close as 38 kilometers (23.6 miles) from the Iranian border, and Iran wants to get rid of the self-styled IS at any price. It doesn’t matter if this happens with the help of the Iraqi army, the Shiite militias, Lebanese Hezbollah, the Kurdish peshmerga or the United States, as long as there are results on the ground. A good example is the breaking of the siege around the town of Amirli in northeast Iraq. The operation was the result of US-Iranian indirect cooperation that ended with an obvious success. On the ground, pro-Iranian Shiite militias along with the Iraqi army advanced while US fighter jets bombed the IS posts.”
Iranian Deputy Foreign Minister Hossein-Amir Abdollahian told Hashim that Iran isn’t “interested in taking part in any show-off conferences that claim to combat terrorism.”

“They [US officials] want to build an Iraqi army, train Syrian fighters and decide on whether they are going to strike inside Syria or not; meanwhile, Iran is fighting the war helping its allies, clear on the general strategy, and we know we’ll win in the end,” Abdollahian said.

SRF opposition forces still battling IS
Mohammed al-Khatieb, reporting from Marea, outside Aleppo, on the front lines between Syrian Revolutionary Forces (SRF) under the command of Jamal Maarouf and IS, refuted reports that the SRF had signed a nonaggression pact with IS.

Khatieb observed firsthand the deployment of hundreds of SRF fighters and interviewed SRF military commanders on their ongoing operations against IS.
Syrian government forces attempted to assassinate Maarouf, who is backed by Saudi Arabia, on Sept. 17, killing his daughter in the operation.

Khatieb writes, “The attempt on Maarouf’s life is a message from the regime to the United States that it will not hesitate to target US allies, after Washington snubbed the regime by deciding to fund the Syrian rebels in the fight against IS.”

Syrian Kurds under siege by IS
One of the most effective Syrian armed groups, the Syrian People’s Protection Units (YPG), is losing ground in the battle with IS forces in the Ain al-Arab (Kobani in Kurdish) region of Syria, the military arm of the Democratic Union party (PYD), forcing thousands of Syrian Kurds to flee into Turkey.
Amberin Zaman reports that US and international support for the PYD and YPG, which has support among Syrian Kurds, who number at least 10% of Syria’s population of 23 million, has lagged because of the group’s affiliation with the Kurdistan Workers Party (PKK) of Turkey.

The United States considers the PKK a terrorist group, and Turkey has been unwilling to grant the PKK an edge in either its peace negotiations with the PKK or in Syria.

However, Zaman writes, “The PKK and the PYD/YPG are continuing their battle for global acceptance. In a move apparently calculated to provide the Obama administration with a fig leaf for future cooperation, the YPG recently sealed an anti-IS alliance with various groups affiliated with the Free Syrian Army (FSA), founding what they call the Joint Action Center. Its purported goal is to liberate all territories held by IS in Syria.”
IS has reportedly taken 40 villages from YPG forces in recent fighting.