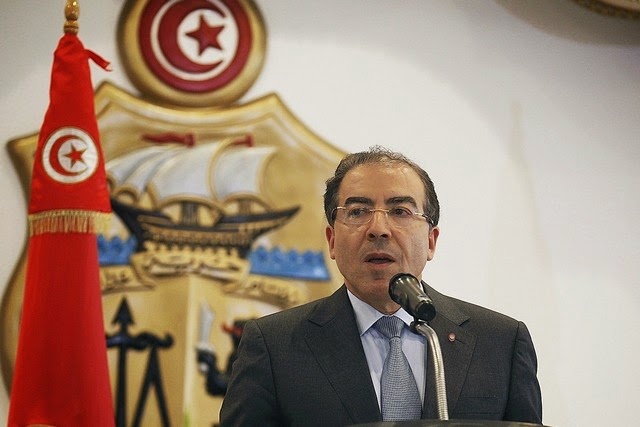 The violence has displaced about one out of every five Libyans into Tunisia — 1.5 million people — straining the country’s already in crisis economy, according to Mr Hamdi. Islamist militants and arms flow over Libya’s porous border with Tunisia. At the same time, the proxy battle between regional powers supporting the competing groups in Libya has fuelled polarisation on all sides of the political divide in Tunisia.
Mr Hamdi said Tunisia maintains relations with all sides in the conflict because “the Libyan problem will remain with us for many years and we don’t want to lose our credibility”. Coordinating a strategy with Egypt, which supports pro-government forces, is especially important, he added. “We both face the same challenge and we both need to talk to each other, consult — we have to trust each other.”
Three years of transition in Tunisia was marred by Islamist violence, assassinations of leftist leaders and unrest as the government failed to even begin to fix the deep-rooted economic pathologies that helped spark the Arab Spring.
The competing political factions were able to craft a widely praised constitution and the Islamist Ennahda party, which had dominated the previous election, agreed to cede power to a caretaker government amid the unrest. But the distrust and polarisation between the parties and within Tunisian society remains, and the dynamics in Libya and elsewhere in the region could make the pragmatic political compromises of Tunisia’s recent past more difficult to recreate after parliamentary elections later this month and a first round of presidential polls in November.
“In the Arab countries whoever wins thinks he has a green light to do whatever he wants,” Mr Hamdi said, speaking on the sidelines of the UN General Assembly. “But power has to be shared inclusively, if they don’t want problems. Even if a big party wins, that party must involve other parties in power-sharing.”
Ennahda is expected to win the most seats in the upcoming parliamentary elections. The party has said it will not put forward a presidential candidate.
Key question are the nature of the unity government it will seek to form and what economic policies are likely to follow, said William Lawrence, director for Middle East and North Africa at the Center for the Study of Islam and Democracy.
Under the first Ennahda government, Tunisia was given $1.5 billion by Qatar, a period that also saw relations sour with the UAE and Saudi Arabia, Gulf Arab countries that oppose Islamist groups.
But since the interim government was formed, Doha has not given new funds and Mr Hamdi said he has undertaken efforts to rebuild relations with all GCC countries, with a focus on attracting Gulf investors to Tunisia.
“Our policy is to have excellent and strategic relations with all Gulf countries, this is extremely important,” Mr Hamdi said. He has visited the GCC several times in the past eight months, he said, and will be making a trip to Abu Dhabi after the Eid holiday.