You are here: Home / Senza categoria / Extremists thriving after collapse of order: failure of governments to provide security is empowering warlords across the region 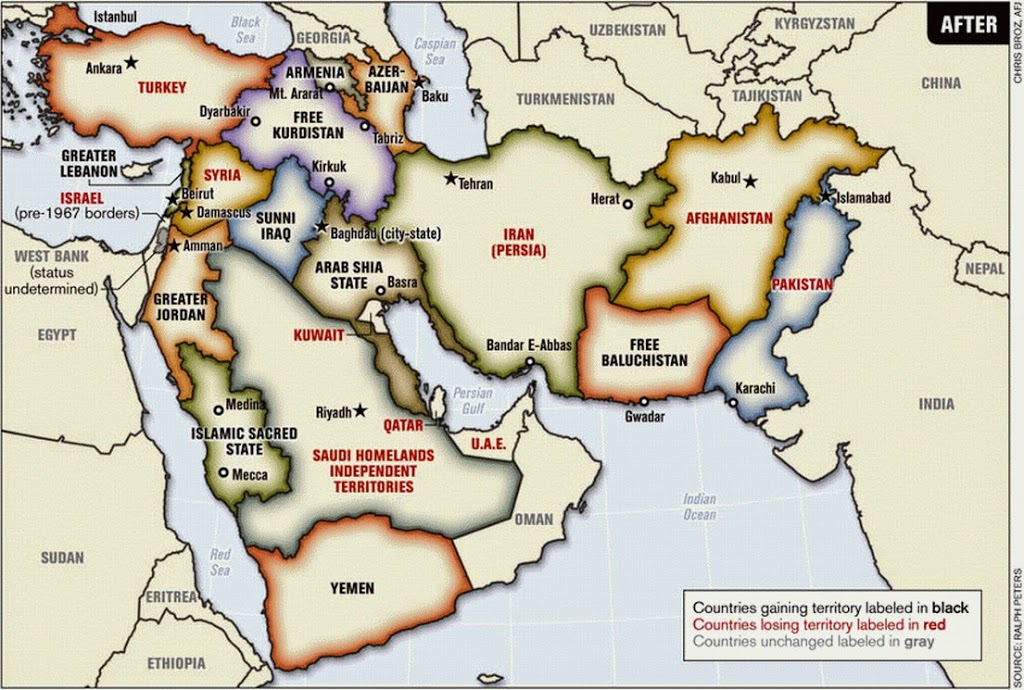 Armed irregular forces hold effective power over growing areas of Iraq, Syria, Yemen and Libya where central government authority barely reaches. Motivated by religious ideology or regional separatism, they have grabbed oil facilities and weapons, imposed taxes or changed school curriculums, and fought each other as well as traditional armies.

“It is almost like the whole regional order that was built in the 20th century is collapsing,” Nadim Shehadi, associate fellow at the Middle East and North Africa Programme at Chatham House in London, said in an interview. “Non-state actors are filling the vacuum.”
The failure of governments to provide security and basic services, in a region that holds more than half the world’s oil, is allowing extremist groups to thrive and drawing in external powers bent on stopping them. Behind the turmoil lie economic failures that will be even harder to address without functioning administrations.
It’s not clear whether interventions such as the US-led bombing campaign in Iraq and Syria can put the pieces back together, said James Coyle, director of global education at Chapman University in California. Military operations will only achieve short-term gains, unless governments are “given legitimacy by the people through the provision of security and basic social services,” he said by e-mail.
Daesh, which declared a caliphate on the territory it controls in Iraq and Syria, is the most visible challenge to the Middle Eastern system of nation states that emerged as the Ottoman Empire collapsed after the First World War.
Other non-state forces have also emerged, especially since the Arab revolts of 2011, which plunged Syria into civil war. The latest fighting in northern Syria pits Daesh against Kurdish forces that have also won de-facto autonomy from Damascus. In Iraq, where the collapse of central authority dates to the US invasion of 2003, much of the fighting against Daesh has also been done by non-state forces — Kurdish Peshmerga fighters, or Iran-backed Shiite militias.
In some countries, “the state has been too fragile to withstand the combination of internal challenges and foreign intervention,” Jane Kinninmont, a senior research fellow at Chatham House, said in response to emailed questions.
Libya, holder of Africa’s biggest oil reserves, hasn’t suffered as much bloodshed as Syria yet the eclipse of government power is even more complete, as the country slid into chaos after the overthrow of Muammar Gaddafi by Nato-backed rebels. Two rival parliaments and premiers emerged, and separatist groups seized oil terminals and at one point sought to sell the crude themselves. The past few weeks of fighting between rival militias has displaced more than 140,000 people, the United Nations estimates.
Yemen was convulsed by almost a year of protests that toppled its longtime leader in late 2011, and his successor, President Abd Rabbo Mansour Hadi, hasn’t been able to restore stability. Last month, Al Houthi rebels advanced from the north, seized key buildings in the capital, Sana’a, and forced authorities to change the cabinet and revoke tax increases.
Other national governments have experienced lower-level challenges to their authority over parts of their territory. Militants have repeatedly targeted the Egyptian army and police with in the Sinai Peninsula, drawing air strikes in retaliation. In the mountainous interiors of Tunisia and Algeria, insurgents elude government efforts to hunt them down. An Algerian militant group kidnapped and beheaded a French mountain guide last month.
The region’s biggest oil producers, many of which have close military or economic ties to the US, have largely escaped the centrifugal forces, and maintained strong central governments.
“Oil countries did have an advantage in the Arab Spring,” said Gregory Gause, head of the International Affairs Department at Texas A&M University. “Only Libya saw major upheaval, and that’s largely because Gaddafi didn’t spread the money around. The Saudis actually did a much better job than he did at that.”
Saudi Arabia, which pumps almost $1 billion-worth of crude every day, has expanded spending on jobs and welfare. Elsewhere, where governments are less flush with cash, efforts to rein in the militias and extremist groups will be difficult as long as there are few economic opportunities for Arab youths, said Eckart Woertz, a Gulf specialist at the Barcelona Centre for International Affairs.
The region has the world’s highest rate of youth unemployment, according to the International Labour Organisation.
“There is no shortage of angry young men,” Woertz said. “Sectarianism, religious intolerance and conspiracy theories are unfortunately widespread. Daesh can thrive in such an environment.”
The United States has vowed to crush the militant group, and there are signs that the threat from non-state actors is making some of its regional allies more assertive too. Saudi Arabia and the United Arab Emirates are among five Arab nations to join in the US airstrikes in Syria. Egypt and the UAE have been involved in attacks on Islamist militias in Libya, according to the US, though neither country has confirmed it.
The region-wide clash between SSaudi Arabia and Iran, which both support proxies in other countries, has deepened the instability. Beneath the sectarian and ethnic divisions, though, are similarities in political culture that helped enable the rise of non-state actors.
Most Middle Eastern countries are classified as autocracies by the Economist Intelligence Unit’s Democracy Index, and their leaders have typically cultivated an image as strongmen at the head of powerful regimes.
For all that, “the problem in the Middle East is not a surplus of government, but a deficit,” said Coyle, who was also director of Middle East studies at the US Army War College.Source:  gulfnews.com