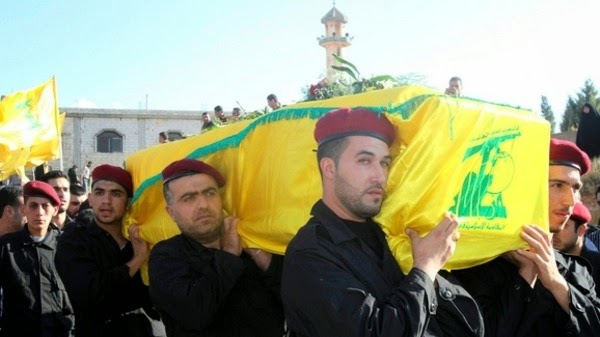 Lebanon’s Shiite movement Hezbollah said Sunday that at least two of its fighters were killed along with “dozens” of gunmen in clashes in the Syria-Lebanon border area.

A Hezbollah official, speaking to AFP on condition of anonymity, said the clashes occurred on Syrian territory, just over the border from Lebanon.

But a Hezbollah source on the ground and local residents said the clashes erupted outside the town of Nabi Sbat, in Lebanese territory, after gunmen from Syria attacked Hezbollah posts.

“Hezbollah posts in the mountains around Nabi Sbat, east of Baalbek, were attacked by armed groups who came from Qalamun” in Syria, the Hezbollah source in the region said.

Residents from Nabi Sbat who fled the fighting told AFP they saw Hezbollah convoys picking up several wounded fighters from the group during the clashes.

Lebanon’s border with Syria is not officially defined and much of it is porous and unpatrolled, with local residents, smugglers and others moving freely across it.

Hezbollah maintains several military posts along inaccessible parts of the border, and it rarely gives official details on clashes with jihadists or other fighters.

The fighting could be heard in the city of Baalbek, several kilometers (miles) away, an AFP correspondent said.

Lebanese army forces were also seen deploying towards the area where the clashes were taking place, the correspondent added.

The jihadists withdrew into the mountains around Arsal after a ceasefire, but took with them around 30 soldiers and policemen as hostages.

Three of them have since been executed, contributing to rising anxiety in Lebanon over the encroachment of jihadists and spillover from the war in neighboring Syria.

Hezbollah has dispatched fighters to bolster President Bashar al-Assad’s troops against an uprising that many of Lebanon’s Sunnis support.

The conflict has exacerbated existing tensions in Lebanon, and made Hezbollah and strongholds of its support a target for extremists who have detonated bombs in several areas of Lebanon.