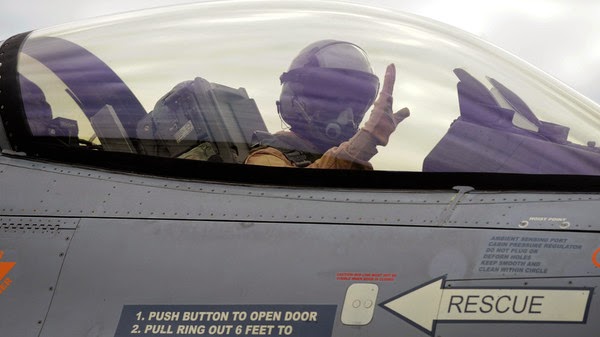 Australian and Belgian fighter jets have flown their first armed combat mission in Iraq against the Islamic State of Iraq and Syria (ISIS), official sources said on Monday.

“The Super Hornets were on-call to attack targets as identified.

“On this occasion the aircraft did not use their munitions and have returned to base to disarm and prepare for future sorties.”

The flights are the first since the Australian government on Friday authorized strikes on ISIS militants in Iraq.

Canberra is also deploying 200 soldiers to Iraq, including special forces, to advise Iraqi and Kurdish troops but has yet to receive the final approval from the Iraqi government.

Australia is part of the international coalition conducting an air campaign against IS that the United States has been building since first launching air strikes in August.

Australian Prime Minister Tony Abbott has spoken strongly against IS, saying the decision to support international operations is in Australia’s national interest.

“The beheadings, the crucifixions, mass executions, ethnic cleansing and sexual slavery that are occurring in northern Iraq and Syria, are only the beginning if ISIL has its way,” he said on Saturday.

Meanwhile, an F-16 fighter jet on Sunday carried out Belgium’s first bombing raid in the fight against ISIS group in Iraq, the defense ministry said.

Belgium has contributed six F-16 bombers to the U.S.-led air campaign against ISIS militants, backing up Iraqi and Kurdish troops on the ground.

Two of the Belgian jets were flying their first reconnaissance missions over Iraqi territory on Sunday when they were called to action.

“After the positive identification of a terrorist element attacking Iraqi security forces”, one of the war planes was asked to launch an air strike, the ministry said in a statement.

“The Belgian aircraft intervened with a GPS-guided bomb, resulting in the immediate neutralization of the enemy threat,” it added.

Belgium’s parliament overwhelmingly approved joining the U.S.-led coalition against ISIS in late September, but limited its operations to Iraq — as have France, Britain, Denmark and the Netherlands.

Britain and France have joined the strikes in Iraq and five Arab nations have taken part in Syrian raids.

Extremist militants ISIS have seized swathes of Iraq and Syria, declaring a “caliphate” and imposing a harsh interpretation of Islamic law.
Dutch F-16 fighter bombers on Sunday also began flights over Iraq and are ready to join the campaign against ISIS, the defense ministry said on Sunday.

“Dutch F-16s flew today over the conflict zone in Iraq for the first time,” the ministry said in a statement.

The planes are now “completely ready to be deployed over Iraq”.