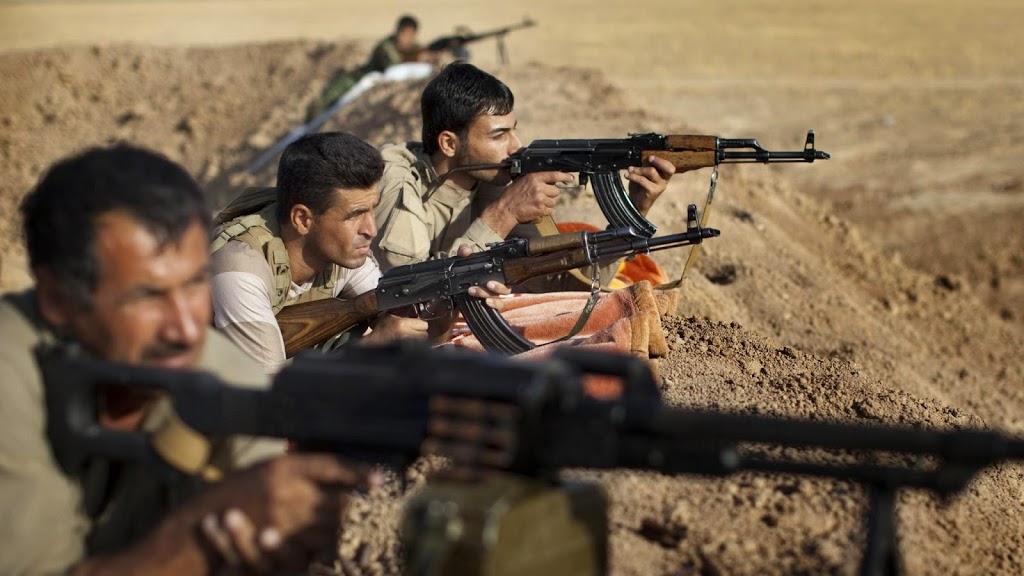 At least 90 Assyrian Christians – possibly as many as 150 – were seized from villages in Hasaka province in a mass abduction coinciding with the offensive in the same region by Kurdish forces backed by US-led air strikes, according to the Syrian Observatory for Human Rights (SOHR), which tracks the conflict.

Hundreds more Christians have fled to the two main cities in Hasaka province, according to the Syriac council and SOHR.

Aryo Edward, a journalist originally from Kharbour who leads the Assyrian Human Rights Network, has family in Tal Shamiram, one of the villages which was attacked. He told Christian Today that his wife phoned her cousin who lives in the village, but a member of IS picked up the phone.

“My wife asked ‘Where is my cousin? And he [the IS militant] said this is not his house any more, this house is for ISIS.

“The town was attacked so early in the morning that people were sleeping and didn’t have time flee or run away…they [IS] entered the houses, and not only kidnapped people but took over their properties.”

The abductions in Syria follow advances by Kurdish forces against Islamic State in areas of the northeast near the Iraqi border – an area of vital importance to the group as one of the bridges between land it controls in Iraq and Syria.

“They want to show themselves strong, playing on the religion string, at a time when they are being hit hard,” said Rami Abdulrahman, who runs the British-based SOHR.

The Syrian Kurdish YPG militia, backed by US-led air strikes, last month drove Islamic State from the Syrian town of Kobani, since when further signs of strain have been seen in the group’s ranks.

KURDS INFLICT NEW LOSSES ON ISLAMIC STATE
The Assyrian Christians were taken from villages near the town of Tel Tamr, some 20 km (12 miles) to the northwest of the city of Hasaka. There has been no word on their fate. There have been conflicting reports on where the Christians had been taken.

“These were peaceful villages that had nothing to do with the battles,” said Nasir Haj Mahmoud, a Kurdish official in the YPG militia in northeastern Syria, speaking by telephone from the city of Qamishli.
Some Christians are fighting under the umbrella of the YPG in Hasaka province, but not in that area, he added.

The new Kurdish offensive launched at the weekend was focused on dislodging Islamic State from areas some 100 km (60 miles) further to the east, including Tel Hamis, a town that is one of its strongholds.

He said he did not know where the foreigner was from, but British and U.S. citizens have gone to fight with the YPG against Islamic State. A second Kurdish official confirmed a foreigner was “martyred” but declined to give further details.

In a telephone interview from the city of Qamishli, he said the YPG had cut a main road linking Tel Hamis with al-Houl, a town just a few kilometers from the Iraqi border.

“This is the main artery for Daesh,” he said, using an acronym for Islamic State. The Kurdish YPG militia had seized more than 100 villages from Islamic State in the area, he added.

“We believe we will finish the battle of Tel Hamis in this campaign,” he added.
Videos posted online by the YPG showed Kurdish fighters firing at Islamic State positions in Hasaka.