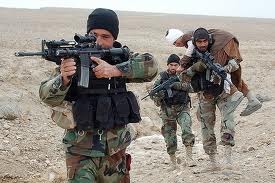 Some 93 militants and nine Afghan army personnel have been killed during military operations and clashes within the past two days, a Defense Ministry spokesman said on Saturday.

“Over the past 48 hours, 93 militants have been killed and seven arrested in 12 provinces while nine army soldiers died as a result of clashes and bomb explosions,” spokesman General Zahir Azimi said on his twitter account.

The Afghan security forces have recently intensified operations against militants as spring and summer known as the fighting season is drawing near.