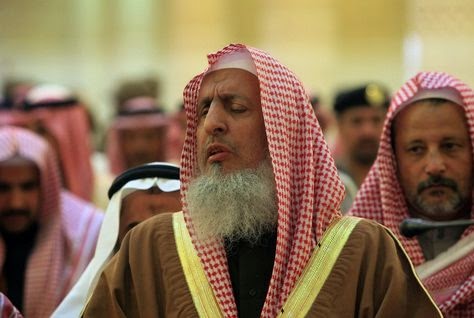 As millions of pilgrims visited the holiest sites in Islam on the second day of the annual pilgrimage on Saturday, global leaders condemned the fourth beheading of a Westerner by Islamic State insurgents.

Saudi Arabia declared IS a terrorist organisation in March and sharply stepped up denunciations of the group after its fighters made rapid territorial gains in Iraq in June.

US-led air strikes on the group has allowed some of the lost territory to be recaptured, but the well-armed militants continue to make gains in Iraq and Syria. Last week, Saudi air force planes pounded militant targets in Syria.

The group’s radical Sunni Islamist ideology is gaining traction elsewhere in the Muslim world: A group in Algeriapledged allegiance before killing a French hostage last month, and Pakistani Taliban also declared their support on Saturday.

Although Islamic State, like al Qaeda, draws some of its ideology from the Wahhabi school, it rejects the legitimacy of the Saudi government and has vowed to topple the ruling Al Saud dynasty.

Riyadh also fears that thousands of Saudis who have gone to fight with IS will return to target their own country.

“Your religion is targeted. Your security, ideology, strength and intellect are all targeted,” the kingdom’s Grand Mufti Sheikh Abdulaziz Al al-Sheikh preached to the vast crowds of pilgrims in Makkah on Friday.

About three million Muslims, among them 1.4 million from abroad, are expected to perform haj this year.
“The enemies of Islam are making preparations against you, so be wary of them,” the Grand Mufti said in his sermon at mount Arafat’s Nimara mosque.

Sheikh Abdallah bin Ali Basfar, a religious lecturer who is involved in the kingdom’s “awareness” campaign, said the Ministry of Islamic Affairs had instructed preachers to denounce Islamic State as a “terrorist organisation” in their sermons and teachings.

“We have a job to warn people against the evil these groups present and how they use concepts in Islam like jihad as a cover for their unjust causes,” Basfar said.

“There are 70,000 sheikhs and preachers in Saudi Arabia who have an incredible amount of influence on people. That’s why we are concentrating our efforts to fight these deviant thoughts, especially during haj,” he said.

The campaign also includes the distribution of religious material representing what the government believes to be more moderate views of Islam, as well as broadcasting more religious programmes on radio and television to spread these views.

In addition, preachers have also been warning parents to monitor the actions of their children.
“These evil groups prey on our youth through mediums like the Internet and parents must start to know what their children are doing and who they talk to,” Basfar said.

As the second day of the journey began on Saturday, security forces in Mina, the site just east of Makkah where pilgrims symbolically stone the devil, remained on high alert.
For the most part, Saudi pilgrims seemed to agree with the campaign.

“The Mufti in Nimira told us today that they (IS) don’t represent Islam and Islam is innocent of them,” Raaed al-Khozai, a Saudi government employee, told Reuters.

“We follow our preachers and we follow the Saudi government which opposes them and we believe our sheikhs.”

Religious leaders in the kingdom who have expressed sympathy for IS fighters had been identified to the authorities, Basfar said. Some were peddling a theory that the group was formed by the West to weaken the Muslim world.

“Even if some think this theory is true, that’s not an excuse not to fight these extremists,” Basfar said.
“Muslims are the only ones that could defeat them. IS in the end is an idea, that can only be fought with another idea.”