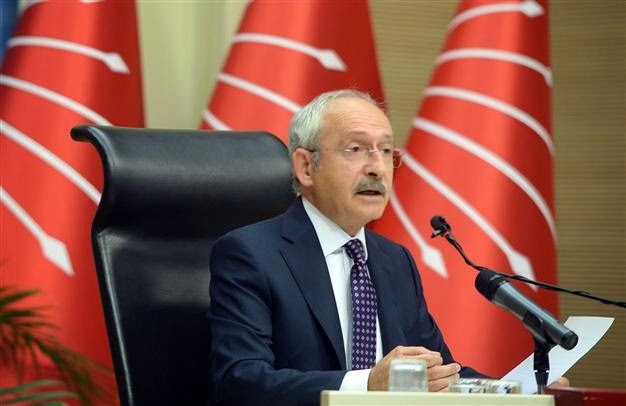 The main opposition Republican People’s Party (CHP) has suggested that the government should renew a parliamentary mandate authorizing the Turkish army to mobilize in neighboring Syria by clarifying that it would solely aim to save the border town of Kobane from jihadists. The current mandate gives broad and vague authority for cross border operations into Iraq and Syria.

“Let’s limit our army’s ground operation to the target of rescuing Kobane and driving ISIL [the Islamic State of Iraq and the Levant] from there. Let’s definitely drop from the motion the article about allowing foreign soldiers to be stationed in our country. Instead, let’s add an expression that states that we could provide cooperation for air strikes,” CHP leader Kemal Kılıçdaroğlu said at a press conference on Oct. 9.

“Within this framework, as the CHP, we would lend all kinds of support,” he added.

Kılıçdaroğlu’s party voted against a motion adopted on Oct. 2 that gave the government new powers to launch military incursions into Syria and Iraq, and to allow foreign forces to use Turkish territory for possible operations against ISIL.

At the time, the CHP head argued that the motion brought to Parliament by the government was not aimed at broadening the struggle against terror, but was directed against Syria itself.

“We would support a motion on the struggle against the Islamic State of Iraq and the Levant or the Kurdistan Workers’ Party [PKK], in short, against terrorist organizations. This was also what the Western coalition was looking for: A struggle against the terrorist organization of ISIL. But this is not the motion that came to Parliament. On the contrary, it is about struggling against Syria,” Kılıçdaroğlu said when that motion was debated.