You are here: Home / Senza categoria / Where to find ISIS supporters: a map of militant groups aligned with the Islamic State group 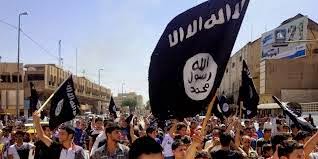 The Islamic State group’s effective media and jihadist branding campaigns have made them, if not the most dangerous, the most infamous of current active terror groups. Its militants have succeeded in bringing foreigner fighters to their strongholds in Iraq and Syria and have inspired established extremist groups across the map to pledge allegiance or show support. The new allegiances do not always represent territorial gains for the Islamic State group but they do underscore the appeal of the militant group often referred to as ISIS, as groups worldwide shed previous allegiances to umbrella organizations such as al Qaeda and the Taliban.

Days after ISIS declared its caliphate in June, leader Abu Bakr al-Baghdadi released an audio statement urging other extremist brigades and Muslims around the world to join him.

The group was in particular need of “scholars, fuqahā’ [experts in Islamic jurisprudence] and callers, especially the judges, as well as people with military, administrative and service expertise, and medical doctors and engineers of all different specializations and fields,” al-Baghdadi said. “Therefore, rush, o Muslims, to your state. Yes, it is your state. Rush, because Syria is not for the Syrians, and Iraq is not for the Iraqis. The Earth is Allah’s.”

Becoming a member of ISIS does not require being physically present in the group’s strongholds in Iraq and Syria, and ISIS has not sent fighters to many of the countries that now have ISIS-affiliated groups.
Some groups such as the Pakistani branch of the Taliban, and al Qaeda in Yemen, have issued formal statements allying themselves with ISIS and urging others to do the same. In other countries, groups have shown their loyalty by imitation — for instance, when Algeria-based terrorist group Jund al-Khilafah beheaded a French tourist whom it was holding as prisoner. In Libya, two extremist brigades held rallies with ISIS flags on the Muslim holiday of Eid al-Adha but have not released formal statements.

Syria And Iraq
ISIS has seized large portions of Syria and Iraq, established a headquarters in Raqqa, Syria, and consolidated much of Iraq’s Anbar province under its control. There are several dozen different brigades operating in the Syrian civil war. Some have pledged allegiance to ISIS, some have had no choice but to join after militants seized their lands, and others are still fighting the extremists. ISIS has been active in Syria since the early years of the civil war, and was aligned with al Qaeda’s Syrian branch Jabhat al-Nusra until al Qaeda released a statement disowning ISIS in February 2014.

Algeria
Jund al-Khilafah was born when its leader defected from al Qaeda in the Islamic Maghreb, earlier this summer. It was a little-known militant group of no more than a thousand men until it declared its loyalty to ISIS in the most brutal of ways: The militants released a graphic video showing the beheading of French national Hervé Gourdel, whom they had kidnapped just days before. The video seemed to be an imitation of the ISIS videos of the murders of U.S. journalists James Foley and Steven Sotloff and British national David Haines.

Pakistan and Afghanistan
The Pakistani Taliban, known as Tehrik-e-Taliban Pakistan, released an official video last weekend declaring allegiance to ISIS and called on other groups, notably al Qaeda’s branch in Syria, Jabhat al-Nusra, to do the same. The group’s leader was formerly aligned with al Qaeda leader Ayman al-Zawahri (Osama bin Laden’s deputy), but his allegiance has now shifted to al-Baghdadi. Earlier this summer, several of the group’s foreign fighters left the stronghold on the border between Pakistan and Afghanistan to fight with ISIS in Iraq.

The Islamic Movement of Uzbekistan is based, despite its name, in Pakistan’s North Waziristan, but in the last few years has made gains across the border in Afghanistan. The group’s leader had ties to the Taliban and had long been considered an affiliate of al Qaeda. Since the group was formed in the early 1990s, some of its leaders have held top spots in the Qaeda hierarchy, according to the United Nations. On Sept. 26 the group formally allied itself with ISIS in an online statement: “Hereby, on behalf of all members of our movement, in line with our sacred duties, I declare that we are in the same ranks with the Islamic State (ISIS) in this continued war between Islam and (non-Muslims),” leader Usman Gazi wrote.
Al-Tawhid ​Battalion is a militant group that operates on the border between Pakistan and Afghanistan that aligned itself with ISIS at the end of September. The group issued a statement asking ISIS leader al-Baghdadi for advice, according to the Site Intelligence Group.

Libya
Ansar al-Shariah’s Libyan branch is accused of carrying out the 2012 fatal attack at the U.S. consulate in Benghazi. The group has solid footing in Benghazi and the city of Derna, where it had earlier declared an “Islamic emirate.” This weekend, the group reportedly held a parade in Derna holding ISIS flags. It has yet to issue a formal statement about its relationship with ISIS. Established in early 2014 in Derna, the Shura Council of the Youth of Islam had previously been aligned with al Qaeda and Ansar al-Shariah against the Libyan government. The group held a rally on Monday in Derna, after which members expressed support for ISIS.

Gaza
A militant group calling itself the Islamic State in Gaza recently emerged in the Gaza Strip. It is still unclear whether it is made up of militants already in Gaza or if ISIS has infiltrated the Strip. The group claimed responsibility for a bombing at the French Cultural Center in Gaza City on Thursday, according to Israeli newspaper Haaretz. Its mission is to “implement Shariah law in Islamic lands and murder the children of Zion,” according to a statement released after the bombing.
The Mujahedeen Shura Council in the Environs of Jerusalem is active in Egypt’s Sinai Peninsula and neighboring Gaza Strip. The militants issued a statement Wednesday urging all Muslims to back ISIS, according to the Site Intelligence Group. The State Department declared the group a terrorist organization in August and described it as “an umbrella group composed of several jihadist terrorist subgroups based in Gaza that has claimed responsibility for numerous attacks on Israel since the group’s founding in 2012.” The group had previous ties to al Qaeda but has shown support for ISIS since February.

Lebanon
Lebanon has seen recent spillover from the Syrian civil war, as Jabhat al-Nusra and ISIS joined forces to attack the Lebanese armed forces guarding the border. Most recently, the Islamic State group released a video purporting to show the beheadings of Lebanese soldiers. What’s more, Lebanon is home to a Shia militant group aligned with Bashar Assad’s regime in Syria: Hezbollah.
The Ahrar al-Sunna in Baalbek Brigade (or “Free Sunnis of Baalbek”) is an anti-Hezbollah militant group that previously was unaligned. Days after ISIS declared its caliphate, the Lebanese group issued a statement formally allying itself with Islamic State: “With utmost honor and pride, we announce our allegiance to the jihadist Abu Bakr al-Baghdadi as the Caliph for Muslims,” the brigade announced on Twitter.

Bahrain
No militant groups in Bahrain have officially pledged allegiance to ISIS, but Sunni religious leaders in the country have held rallies and voiced their support for the extremist group.
Sunni preacher Turky Albinalim and former parliament member Nasser Alfadhala posted separate YouTube videos declaring allegiance to ISIS this summer.

Yemen
Al Qaeda in the Arabian Peninsula is an al Qaeda branch operating in Yemen and is widely considered to be one of the biggest militant threats to the United States. The group issued a statement in August declaring its “solidarity” with ISIS, according to the Yemen Times: “We assert to the Islamic Nation [all Muslims worldwide] that we stand by the side of our Muslim brothers in Iraq against the American and Iranian conspiracy and their agents of the apostate Gulf rulers.”

Philippines
The Philippines-based Bangsamoro Islamic Freedom Movement posted several videos to YouTube showing its support for ISIS. “We have an alliance with ISIS and Abu Bakr al-Baghdadi,” group spokesman Abu Misry told the Agence France-Presse in August. The group was originally part of the Moro Islamic Liberation Front but split in 2008.

Jordan
Jordan shares a border with Syria, and ISIS militants have reportedly infiltrated the country. A video posted to YouTube in August claimed to show a group of ISIS militants crossing the border. So far, no Jordanian brigades have publicly declared allegiance to ISIS, but there is speculation that the militants are inspired by Salafists Abu Mohammed al-Maqdisi and Abu Qatada.

Egypt
In Egypt last week militants formed a group called Jund al-Khilafah in Egypt, aligning itself with ISIS and apparently, as the name suggests, modeled after the Algerian extremist group. In its initial statement, the group vowed to attack U.S. interests and “worshipers of the cross.”

India
India’s long-standing rivalry with neighboring Pakistan, which now houses several ISIS-aligned groups, has made it particularly vulnerable to terrorist infiltration. Monday, a militant group by the name of Ansar al-Tawhid in the Land of Hind expressed support for ISIS and urged its members to attack citizens from countries participating in the anti-ISIS coalition, according to the Site Intelligence Group: “If you are in the fortunate position to kill an American or European, whether French or Australian or Canadian, or other unbelievers who have declared war on the Islamic State, then do so,” the group said in the video, according to Reuters.

Tunisia
After ISIS declared the caliphate, several leaders of Ansar al-Shariah’s Tunisian branch traveled to Syria and pledged to back al-Baghdadi. Ansar al-Shariah’s spokesman Seifeddine Rais declared his allegiance to the militant group in a YouTube video, where he spoke at a podium flanked by ISIS flags.