You are here: Home / Senza categoria / Militia chief among 17 killed in Libya fighting 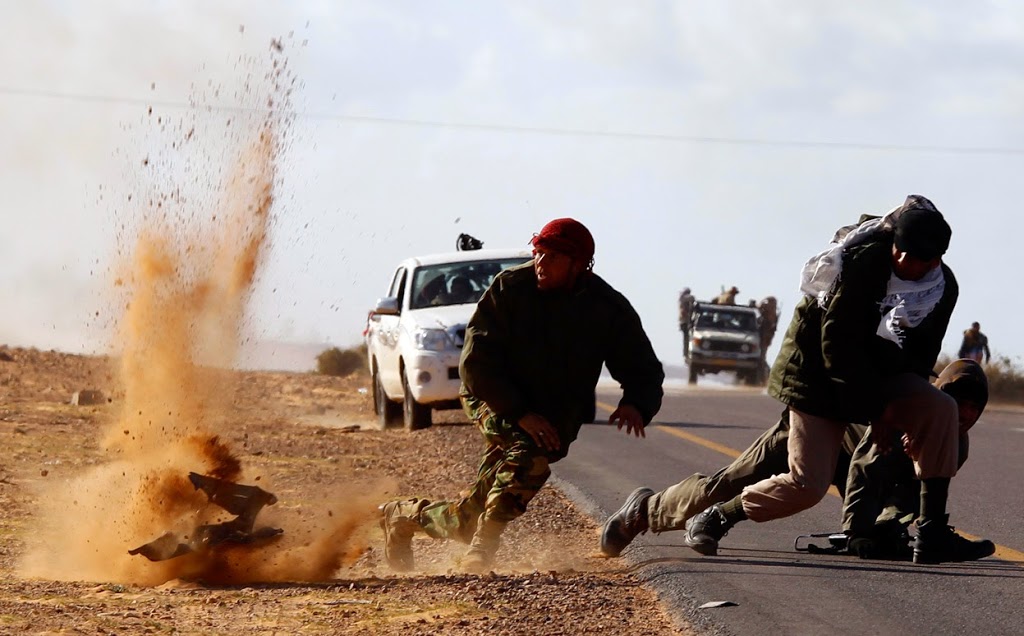 A militia chief was among at least 17 people, mostly soldiers, killed this week in fighting over the airport in Libya’s eastern city of Benghazi, medical and military sources said Thursday.

The oil-rich North African nation has been in turmoil since an uprising toppled longtime leader Muammar Qaddafi three years ago, with interim authorities facing powerful militias that fought to oust him.

Salim Nabbous, a commander of the Shoura Revolutionary Council, was killed along with two of his comrades on Wednesday in clashes at the airport, a hospital source in Benghazi said.

His group, an alliance of militias, has been trying to wrest control of the airport from former general Khalifa Haftar, who launched a campaign against them in May.

And a spokesman for army special forces loyal to Haftar said 14 of them had been killed over the past three days.

Meanwhile, an AFP correspondent said several warplanes and military helicopters were flying over the city on Thursday and that anti-aircraft fire could be heard in some neighborhoods.

Since the beginning of September, the radicals have been trying to capture the airport, with its military and civilian airfields, from the special forces.

They clash almost daily clashes with Haftar’s forces, for whom the airport is a final redoubt in a city almost completely dominated by the conservatives.

On Oct., at least 36 soldiers were killed and more than 100 wounded by car bombs and clashes in what was the worst day of violence since Haftar announced his campaign to eradicate the radicals.

The cradle of the uprising against Qaddafi, Benghazi is the regular scene not only of fighting but also the murders of members of the security forces, political activists and journalists.

The Shoura Revolutionary Council includes radical group Ansar Al-Sharia, which Washington has branded as a terrorist organization. Last week, the UN Security Council warned of possible sanctions against those who reject peace in Libya.

The move is apparently aimed at shoring up UN-brokered talks on ending the violence.

Meanwhile, Libya’s interim Prime Minister Abdullah Al-Thinni visited Cairo on Wednesday to cement an alliance with Egypt against the militias that control the Libyan capital and extremists battling his forces in the east.