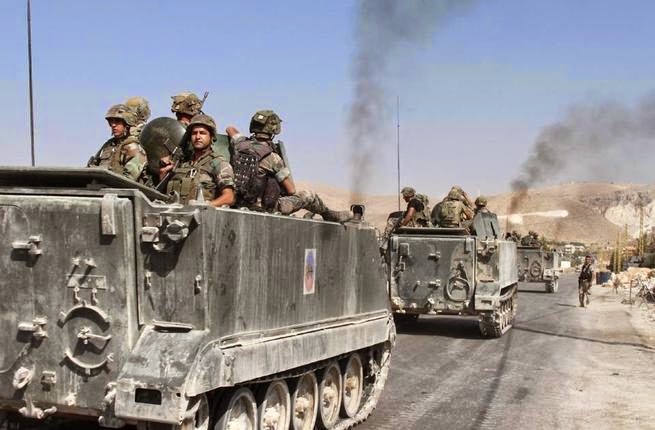 The sources told The Daily Star that gunmen with machine guns stormed three army posts in the Tripoli neighborhood of Bab al-Tabbaneh around midnight, prompting soldiers to return fire.
They reported no casualties in the attacks.

The army spread out across the area to look for the assailants, the sources added.
Later, an unknown assailant also tossed a hand grenade into the city’s Abu Ali River in Tripoli overnight, the sources said, adding that troops also removed an undetonated hand grenade in the area.

The army confirmed the attacks in a statement. It said a group of individuals tossed two hand grenades on Syria Street in the Tripoli neighborhood of Bab al-Tabbaneh at 4:30am.
The statement said another group also opened fire on a Lebanese army checkpoint in Talaat al-Omari in Bab al-Tabbaneh, prompting soldiers to respond.

“Security forces have to be firm and clear,” Fatfat told a local radio station. “Tripoli is a safe city and should remain safe.”
The army has come under increased attacks across the country in recent weeks, with multiple attacks on Thursday alone.

On Thursday, one soldier was killed and another wounded in Rihaniyeh, in the northern Akkar province, when gunmen opened fire on them as they headed for duty. The army also came under fire near the Syrian border in the north, and gunmen inside a Syrian refugee camp near the northeastern border town of Arsal also shot at troops.

A military statement issued shortly before midnight said an army vehicle came under fire “from inside Syrian territory” as it drove along the Akkar highway in Qashlaq at 6pm.
Less than an hour later, unknown gunmen from inside a Syrian refugee camp in the Arsal neighborhood of Misyada opened fire on an Army patrol, prompting soldiers to return fire.