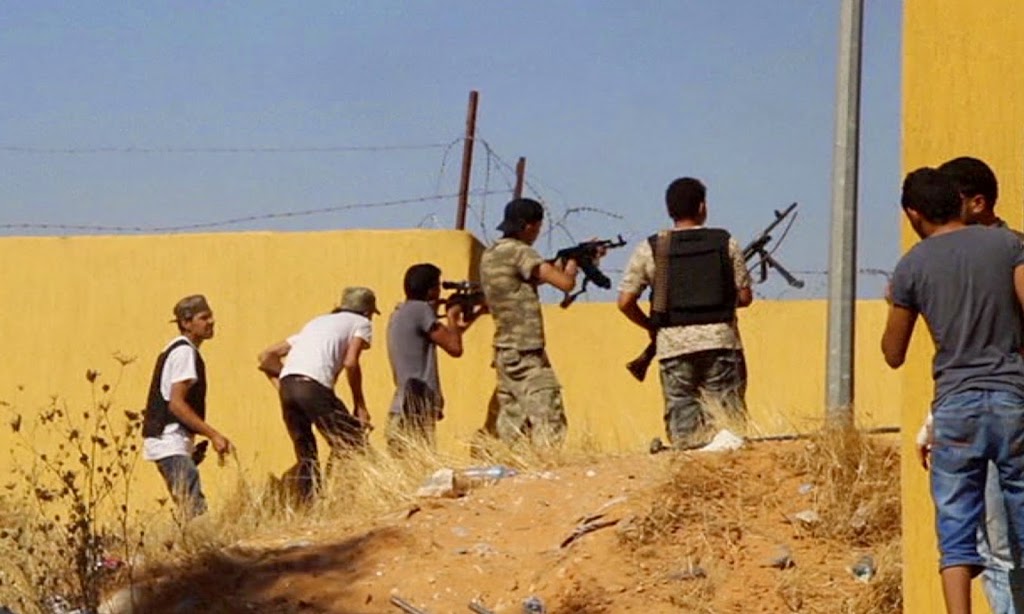 “The growing number of displaced people is outstripping the capacities of local communities,” UNHCR spokesman Adrian Edwards told journalists in Geneva, adding that the agency and its partners are responding to some of the needs, but “we face major constraints in access.”

In recent weeks, the North African nation has been embroiled in some of the worst fighting since the 2011 uprising that ousted former leader Muammar al-Qadhafi. The Libyan parliament convened for the first time in early August of this year, welcomed by the UN as a move toward peace. However, protracted battles between opposing armed groups continue to take their toll on civilians.

According to a UNHCR statement released today, recent displacement has been around Warshefana on the outskirts of Tripoli, where fighting in recent weeks has caused some 100,000 people to flee. Additionally, some 15,000 people are estimated to be displaced around Benghazi.

Many displaced people are living with locals, some who have opened their homes to several families to meet the growing need for shelter. People unable to stay with relatives or host families sleep in schools, parks or non-residential buildings converted into emergency shelters.

For example, Ajaylat, a small town some 80 kilometres west of Tripoli, normally of about 100,000 people, is now hosting some 16,000 displaced people. With displaced people now making up more than 10 per cent of the local population, health facilities are struggling to cope.

UNHCR reports that the main hospital there is witnessing a 30 per cent increase in cases and lacks essential medical supplies and medicines for chronic illnesses such as hypertension and diabetes. Other towns across western Libya and in Benghazi are under similar strain.

Efforts to reach the displaced are often hampered by limited access to towns affecting by fighting between rival armed groups. UNHCR and partners dispatched the first relief convoy for 12,000 displaced people in western Libya in August. But additional help is urgently needed, and for this, better access is required.

The UN Support Mission in Libya (UNMIL) has called for an immediate ceasefire and access to carry out distribution of aid. Meanwhile, the UN has issued a humanitarian appeal for Libya requesting additional funding to continue helping hundreds of thousands of people.

As well as the impact on the local population, the fighting is also affecting refugees, asylum-seekers, and migrants in Libya – many of them from Middle Eastern countries and sub-Saharan Africa. Lawlessness and spike in food prices have made many desperate to leave.

Libya’s policy of detaining refugees and migrants has pushed many to put their lives in the hands of smugglers to try to get to Europe – joining the tens of thousands of people who in recent months have transited through Libya and made the dangerous journey across the Mediterranean. Of the more than 165,000 who have arrived on Europe’s shores so far this year, the majority departed from Libya – of whom 48 per cent are Syrians and Eritreans.

Many have not made it far from the Libyan coast. The latest tragedy, off the coast near Tripoli on October 2, left more than 100 people, mostly Syrian nationals, dead or missing.