You are here: Home / Senza categoria / Areas under IS group control in Iraq and Syria 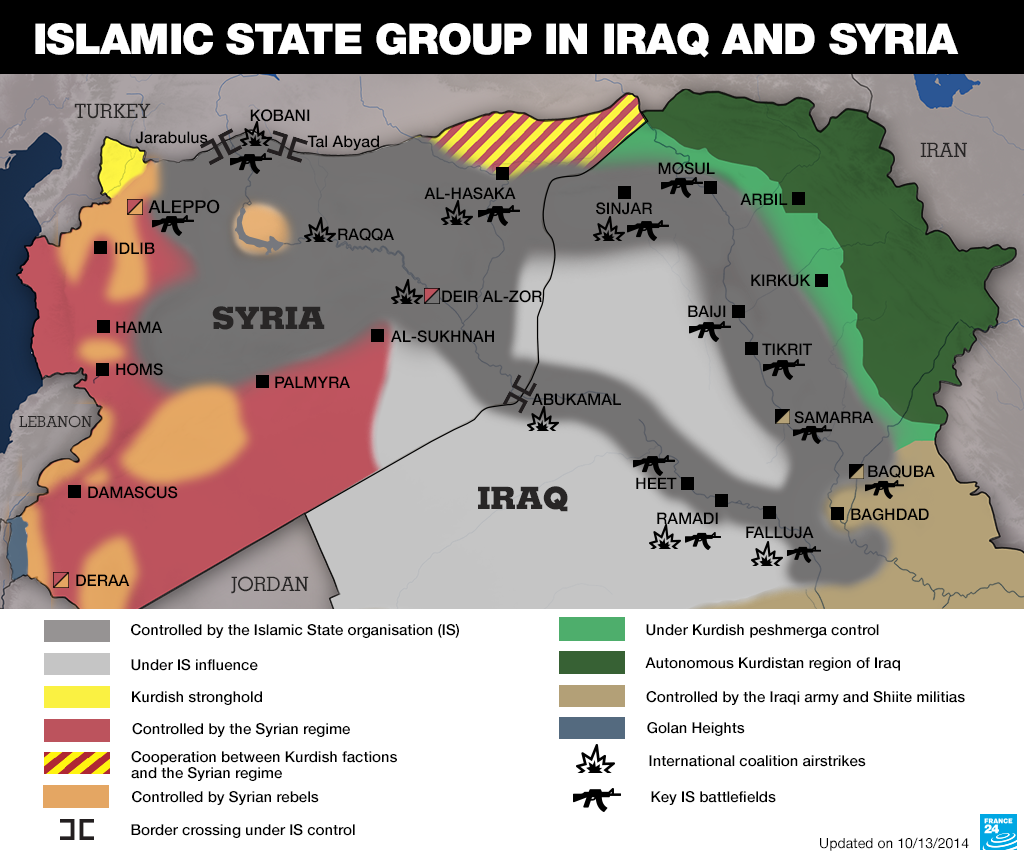 In the past few months, the jihadists of the Islamic State group (IS) have seized swathes of territory in Iraq and Syria.

Since their successful offensive in Iraq mid-June, IS fighters have set up camp in large parts of northeastern Syria, the neighbouring war-torn nation. All the while, they have battled Kurdish militias (YPG), anti-Assad rebels – including other jihadists – and Syrian government forces.

In Iraq, government forces have been trying to regain control of their national territory with help from international coalition air strikes. Explore the map below to discover which areas are in the hands of the IS group in Iraq and in Syria.