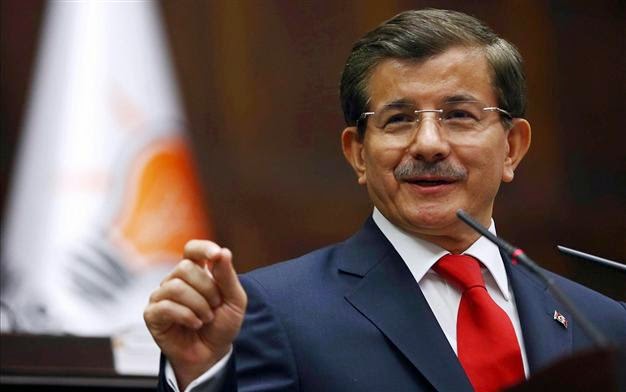 Turkey will not embark on an “adventure” in Syria without the international community doing what’s necessary, Prime Minister Ahmet Davutoğlu has said, reiterating that Ankara sees establishing security zones and no-fly zones in northern Syria as a must for Turkish participation in the international coalition.

“Turkey will not embark on an adventure [in Syria] at the insistence of some countries, unless the international community does what is necessary and introduces an integrated strategy,” Davutoğlu told his ruling Justice and Development Party (AKP) parliamentary group on Oct. 14.

His remarks came as Turkish and U.S. military officials are scheduled to launch talks on Turkey’s contribution to the fight against the Islamic State of Iraq and the Levant (ISIL). Turkey is under pressure to allow the coalition forces to use its military bases and airspace, but Ankara has placed a number of conditions on giving this permission.

“We don’t approve one-dimensional policies,” Davutoğlu added, again underlining the government’s position that permanent peace in the region will only be brought if the Bashar al-Assad regime is toppled. He said Turkey could only contribute to the international coalition if the coalition agrees to establish a security zone or a no-fly zone in Syria.

“Everyone should know that we will have no pity on whoever dares to threaten Turkey. We will immediately retaliate. That’s why we have this motion,” he said, referring to the recent bill allowing the Turkish military to conduct cross-border operations.

Another issue that Davutoğlu touched on was last week’s violent street unrest across the country, when Kurdish-origin citizens protested the government’s perceived inaction toward Syrian Kurds besieged by ISIL in Kobane.

The prime minister described the protests as a “provocation” to destroy public order ahead of the 2015 parliamentary elections and vowed that the government would not tolerate these incidents.

“Public order in Turkey is under our guarantee. We will buy five or 10 TOMAs for each TOMA destroyed,” Davutoğlu said, referring to the riot control vehicles used to crack down on protestors.

He also vowed to further empower the security forces in Turkey in order to not allow similar instances of vandalism and street violence, saying the government is studying the models in Germany and the U.K. in order to avoid criticism that Turkey is becoming “police state.”