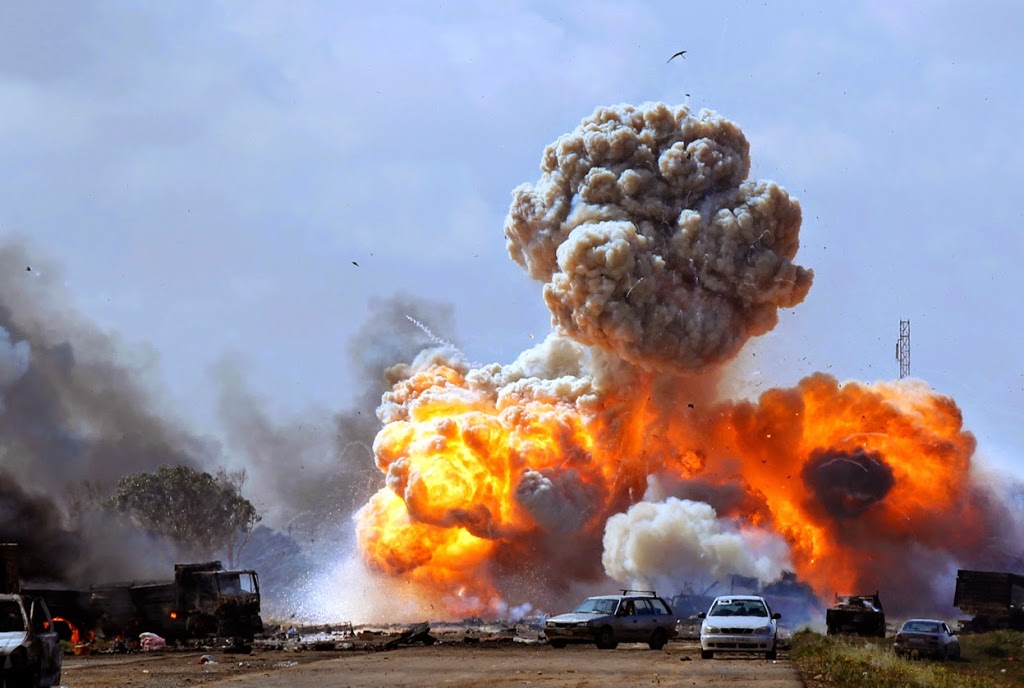 The offensive is said to involve forces loyal to ex-general Khalifa Haftar, who is also reportedly backed by the army, BBC reported.
Egypt has denied a report by the Associated Press news agency that its aircraft bombed targets in Benghazi.
Libya has been gripped by a power struggle between the militias who drove out Muammar Gaddafi in 2011.
The interim government, recognized internationally, has fled to the city of Tobruk because of unrest in the capital, Tripoli.
However, militias who control Tripoli and Benghazi have announced the formation of their own government.
Haftar this week announced an operation to retake Benghazi from the extremists. According to the AFP news agency, he has the backing of the army.
At least 12 people are said to have died in clashes so far. Tanks were seen in the streets of Benghazi on Wednesday, reports AFP, citing witnesses.
Aircraft were also bombing extremist targets, although it is unclear whom they belong to.
Egypt’s presidency and Libyan officials, have denied claims – made by unnamed Egyptian officials quoted by the AP news agency – that the aircraft were from Egypt.
In August, unidentified war planes were reported to have carried out overnight air strikes on Tripoli, deepening speculation that other Arab countries were waging a proxy battle in Libya.
Residents reported seeing jets fly over the city and hearing explosions.
Source:  farsnews.com