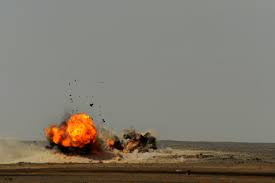 Up to nine militants were killed and 13 others injured as aircrafts pounded Taliban fighters in the northern Afghan province of Jauzjan Friday night, police said Saturday.

Taliban militants who have intensified activities over the past several months are yet to make comment on the situation.