You are here: Home / Senza categoria / 75 killed in five days of violence in Libya’s Benghazi 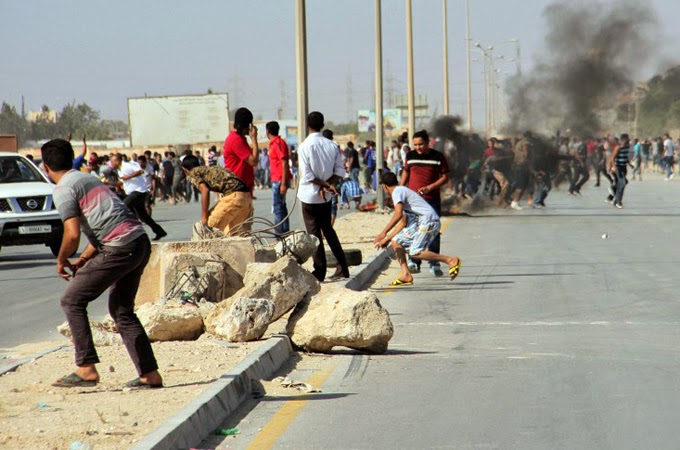 Nine people have been killed in new violence in Benghazi where pro-government forces have launched an offensive against Islamist militias, raising the toll to 75 dead in five days, medics said.

In the latest violence yesterday, a woman was killed in a bomb attack that targeted the vacant house of former general Khalifa Haftar, the commander of the offensive launched Wednesday, a military source said.

The woman was walking past the house with her daughter, who was wounded in the bombing, said the Benghazi Medical Centre, adding that it had also received the bodies of eight other people including two soldiers.

Air raids carried out by units of the air force loyal to Haftar pounded Islamist positions.

On Saturday the United States joined Britain, France, Germany and Italy in calling for an “immediate” end to long-running violence there between government forces and militias.

Since a 2011 revolution that toppled Libya’s longtime leader Muammar Gaddafi, interim authorities have failed to establish a regular army and had to rely on state-backed militias.

The European powers and the United States said they were “concerned” by the operations carried out by Haftar, although he has the backing of army units while civilians too have taken up arms.

“We consider that Libya’s security challenges and the fight against terrorist organisations can only be sustainably addressed by regular armed forces under the control of a central authority which is accountable to a democratic and inclusive parliament,” a joint statement said.