You are here: Home / Senza categoria / Yemen: Houthis take over army base, 10 dead 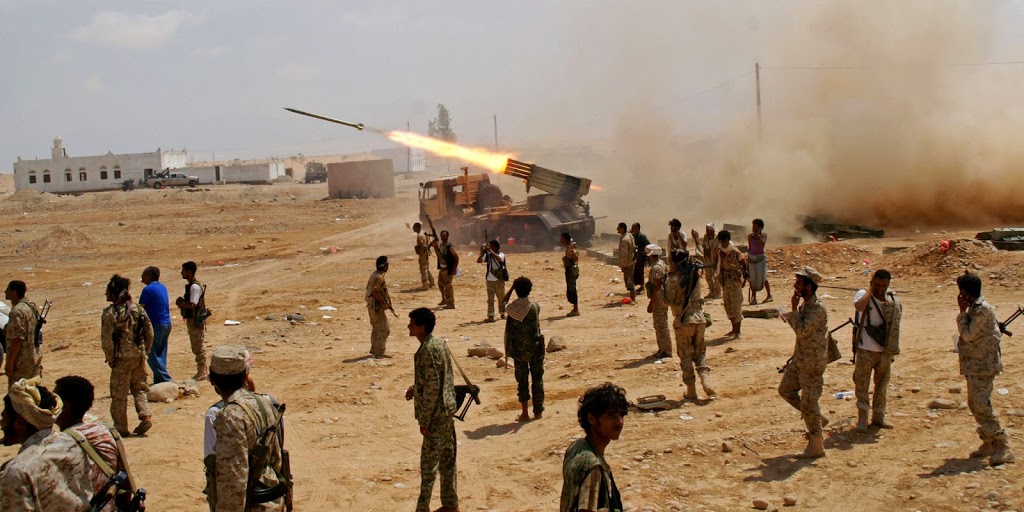 Armed men from Yemen’s newly dominant Houthi group took over a special forces army base in the capital Sanaa early on Wednesday, soldiers there said.

The clashes, which lasted around six hours, started late on Tuesday when Houthis shelled the camp with heavy weapons, soldiers from the camp said.

At least 10 people were killed.

The troops had been trained and equipped by the United States as an elite counterterrorism unit during the rule of ex-president Ali Abullah Saleh, who was ousted by Arab Spring protests in 2011, military sources said.

The Gulf Co-operation Council (GCC) threw their support behind Yemen’s embattled president on Wednesday as its chief visited him in the city he fled to after Shiite rebels seized the capital.

On Wednesday, Abdullah Noaman, the leader the Nasserist party — one of Yemen’s main political parties — was held at Sanaa airport by Houthi rebels, a party official said.

A senior politician from Yemen’s Socialist Party said that he and other party members met with Houthi representatives late Tuesday.

He said the Houthis warned them that if they head to Aden, their party risks being dissolved.

It was not immediately possible to reach Houthi leaders for comment.

Iran denied on Wednesday that it has played any part in a Houthis power grab in Yemen, an accusation levelled by US Secretary of State John Kerry.

Speaking to US lawmakers on Tuesday, Kerry said “critical” support of the Huthi militia by Shiite-dominated Iran “contributed” to the collapse of Yemen’s government.

Iranian foreign ministry spokeswoman Marzieh Afkham responded by saying Kerry’s statement “is nothing but a blame game completely in contradiction to what was previously mentioned by US officials.”

She did not elaborate. “Iran’s fundamental approach is that nations should determine their fate with their own hands,” Afkham said, quoted by the official IRNA news agency.

“Any foreign intervention would further complicate the situation of this country.”

Meanwhile, efforts intensified on Wednesday to find a French woman and her Yemeni interpreter kidnapped in Yemen, with relatives reaching out to tribal chiefs and the Shiite militia that controls the capital.

Unidentified gunmen seized 30-year-old Isabelle Prime — a consultant working on a World Bank-funded project — and Sherine Makkaoui from a car in Sanaa on Tuesday. French Foreign Minister Laurent Fabius said Paris was making “every effort” to reach Prime’s kidnappers, while her employer said “some contact” had been made with them.

“We contacted various tribal leaders in Sanaa and in the provinces of Jawf and Marib to ensure their cooperation for the release of the two women,” Yassine Makkaoui, uncle of the Yemeni woman, said.

“We have also contacted, for the same reason, the interior ministry and the Houthis,” he added, referring to the Shiite militia.

Makkaoui blamed the militia for the lack of security in the capital that allowed his niece and Prime to be abducted.