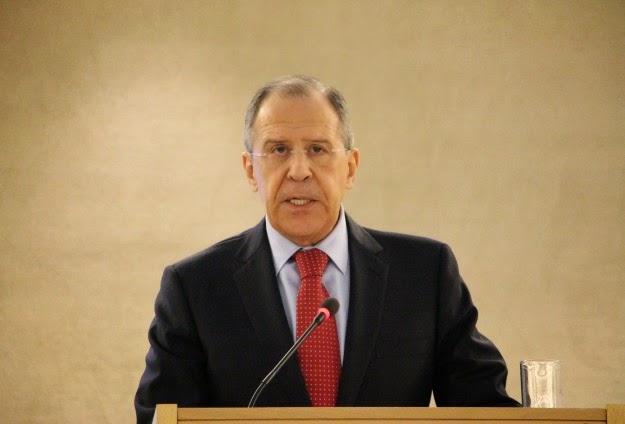 Russia is supporting the governments of Iraq and Syria with massive supplies of weaponry and military equipment in order to help them fight against extremist groups, Russian Foreign Minister Sergei Lavrov said Monday.

Lavrov, speaking at a panel discussion focusing on Russia’s foreign policy, said that with the Russian aid, the Iraqi and Syrian governments’ combat capacity has been greatly enhanced.

The Russian minister continued by saying that only the United Nations Security Council has the right to form a coalition against the Islamic State of Iraq and the Levant, or ISIL.

Lavrov said that any plans made outside the Security Council are worrying because “these attempts result in an accumulation of chaos.”

He added that the aim of fighting against terror is adversely affected by linking it to geopolitical decisions to punish certain regimes, and thus forcing such a connection is morally indefensible.

The U.S. is leading an international coalition against ISIL militants. Coalition warplanes are striking ISIL targets in Iraq and Syria as well as supplying weapons to Kurdish and Iraqi security forces fighting the ISIL militants.

Russia and the U.S. agree that ISIL must be fought, but they disagree about who should do the fighting.
Russia is supplying the Assad regime in Syria, while the U.S and coalition forces are supplying weapons to forces battling to topple Syrian President Bashar al-Assad.